Hunter Biden, the embattled son of President Joe Biden, spoke to an arts podcast this week when he directly addressed critics of his paintings that range between $75,000 and $500,000: Saying “F*** Em!”

“You seem to have good spirits about this sort of kind of crazed narrative around your painting,” Nate Freeman, the co-host of the podcast Nota Bene told Hunter. “What’s your response to people who are coming after the prices of the work or just the collectors, I mean, what’s been your response to that?”

“I never said what my art was going to cost or how much it would be priced at,” he added.

“I’d be amazed if my art had sold for $10, just because … the idea someone is attracted to your art, let alone that they would pay something for it,” Biden continued.

Former director of Obama’s Office of Government Ethics Walter Shaub weighed in on the controversy earlier this month.

“The problem is they are buying it from the president’s son at prices that you would never see for a first-time art sale." pic.twitter.com/bEtCJ9Rr0r

“The problem is they are buying it from the president’s son at prices that you would never see for a first-time art sale,” said Shaub on CNN. 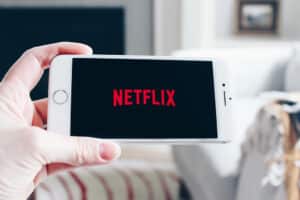