New texts and other communications obtained by the Chicago Tribune show Mayor Lori Lightfoot “scolding” local politicians and other leaders, calling some “full of crap” and another a “jacka**.”

“The Tribune obtained more than 2 1/2 years of Lightfoot’s text messages with aldermen through a series of Freedom of Information Act requests with which her staff failed to comply until the state attorney general admonished them and the Tribune threatened a lawsuit. That led to the release of hundreds of pages of documents offering an unprecedented look at how Chicago’s chief executive deals with city aldermen and workers,” writes the Tribune.

“Governing is a tough business. Emotions can at times get the best of each of us,” said a statement from Lightfoot’s office. “The mayor is fully focused on working together with (aldermen) and other stakeholders to continue to address the very serious issues that face our city every day.”

“Besides offering a look into relations between top officials, the texts offer a window into some of the key moments of Lightfoot’s administration and the anxieties gripping Chicago, showing how chaos has unfolded behind the scenes at crucial times in the city’s history,” adds the newspaper. 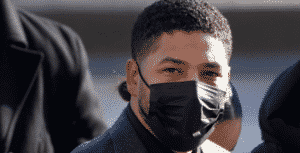