'We can never believe police, especially the CPD,' BLM said

Black Lives Matter threw its support behind actor Jussie Smollet after he was found guilty by a Chicago jury.

The former Empire cast member was convicted of five counts of disorderly conduct including lying to the police about being the victim of a hate crime in January of 2019. He staged the attack, paying two brothers he knew, and falsely describing them as white Trump supporters. The actor pled not guilty, denying the attack was staged.

For each of the class four felonies, Smollett could serve three years in prison.

“Special prosecutor Dan Webb told the jury that Smollett caused the Chicago police to spend enormous resources investigating a crime that they believe to have been faked,” says CNBC. “The decision came after nearly 10 hours of deliberation spread across two days from a panel of six men and six women.”

Following the verdict, BLM released a statement declaring the actor had its full support.

Melina Abdullah, a leader of BLM Los Angeles, said the organization “refuses to abandon its people and stands on the principle that the justice system is corrupt,” per TMZ.

Abdullah is a former professor at California State University who co-founded the LA branch of BLM. She is also a director of a Defund the Police group. She called the Chicago trial a “white supremacist charade.”

In a statement posted to the BLM website, she wrote:

“In an abolitionist society, this trial would not be taking place, and our communities would not have to fight and suffer to prove our worth. … We can never believe police, especially the Chicago Police Department (CPD) over Jussie Smollett, a Black man who has been courageously present, visible, and vocal in the struggle for Black freedom. While policing at-large is an irredeemable institution, CPD is notorious for its long and deep history of corruption, racism, and brutality.

“Black Lives Matter will continue to work towards the abolition of police and every unjust system. We will continue to love and protect one another, and wrap our arms around those who do the work to usher in Black freedom and, by extension, freedom for everyone else.”

Chicago Mayor Lori Lightfoot had to refund the city’s police department after crime rates skyrocketed. In September, she proposed a $16.7 billion spending plan that included $1.9 billion for the CP’s annual budget — a $200,000 increase for the previous year.

Crime data from the department showed that “as of Sept. 1 the city has recorded 524 homicides and 2,344 shootings — up 3% and 9%, respectively, over the same time period last year,” per The Blaze.

A sentencing date has not yet been set for Smollett. 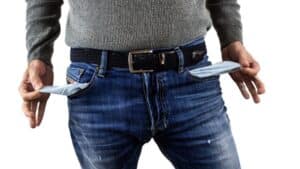