School security officials in Texas have been ordered to evaluate their safety measures and protocols in the wake of the deadly elementary school shooting in Uvalde.

In a letter to the director of the Texas School Safety Center (TxSSC) at Texas State University, Kathy Martinez-Prather, Abbott said there is “a clear, convincing, and urgent need to continue and expand upon” efforts the center has made to improve security at public schools.

“I am charging the TxSSC, in coordination with TEA, to develop and implement a plan to conduct random inspections to assess access control measures of Texas school districts,” Abbott wrote. “Among other reviews, your team should begin conducting in-person, unannounced, random intruder detection audits on school districts. Staff should approach campuses to find weak points and how quickly they can penetrate buildings without being stopped.”

“This will help determine if schools are prepared to implement and follow the [Emergency Operations Plans] they have already submitted to the state,” he added. “This will improve accountability and ensure school districts are following the plans they create.”

The governor granted the Texas Education Agency the authority to “take over” any school that fails the audit so each school district can be held accountable.

“Though we have all made significant progress, even one failure is unacceptable,” said Abbott. “Texans have never shirked away from a challenge, and I know with the support of state leadership, we can continue the work of improving each student’s experience in our schools.”

The TxSCC must update the state’s legislature and governor’s office on its finding by October.

Through a spokesman, the Texas State Teachers Association has questioned Abbott’s order. Its members are concerned the covert audits could place educators at risk.

“If it really does mean breaking into a school, it could be an accident waiting to happen,” said spokesman Clay Robinson to the Texas Tribune. He said the audits are “just another way to avoid addressing the issue of doing something about too many guns in the hands of the wrong people.”

The May 14 shooting at Robb Elementary School resulted in 21 deaths. The two teachers and 19 children all died in one classroom after 18-year-old Salvador Ramos entered the school.

How Ramos was able to enter the building and law enforcement’s response to the crisis have been scrutinized in recent days.

“Texas Department of Public Safety Director Steven McCraw initially said that a teacher left a side door propped open, which is how Ramos got into the school, but officials corrected themselves on Tuesday by saying that the door was actually closed, just not locked,” per Fox News.

The school’s resource officer was not on campus and drove past Ramos en route to the school on the day of the attack.

Police waited outside the school for tactical gear for about an hour after receiving the initial call about the school shooting.

McCraw said in a press conference last week that it was the “wrong decision” to not immediately enter the school.

Ultimately, Ramos was killed during an exchange with a member of Customs and Border Patrol’s Border Patrol Tactical Unit. 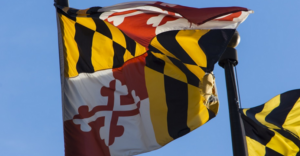 Maryland To Give Pregnant Illegal Immigrants Access to Medicaid