The number of people illegally crossing the border has gone up each month since Joe Biden took office.

According to the Associated Press, Texas had jailed at least 10 migrants for trespassing as of Thursday, “with more on the way.” All of them, so far, have been single adult men.

Abbott announced his plan to have law enforcement tackle the border crisis in June. He also said that the state will continue to build former President Donald Trump’s border wall and called on other states to send law enforcement and their National Guard members to the border to help.

The arrested migrants are being held at a previously empty state prison in Dilley, Texas. It is approximately 100 miles north of the Laredo border. Robert Hurst, a spokesman for the Texas Department of Criminal Justice, told AP that the facility will be able to hold over 950 people.

Val Verde County Attorney David Martinez told AP that he was advised last week that the number of migrant arrests could increase to “as many as 100 or 200 per day.” He claimed that many arrests “would overwhelm not only my office, but our entire system pretty quickly.”

Martinez added that he was told that state troopers would not arrest family units. There were 55,805 members of families with children encountered crossing the border last month.

“If John Doe is caught on my property and he has his wife and his children with him, chances are he’s not going to be arrested,” Martinez said. “That’s what’s been represented to me.”

Abbott claimed that law enforcement would not do the typical “catch and release” and that the trespassers would spend time behind bars, but Martinez seems to have other plans.

“My office is working really hard to try to minimize the amount of time that they have to sit in that jail,” he said. 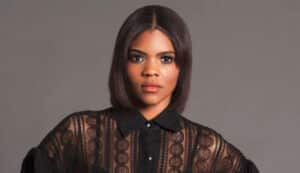