A lawsuit brought against two Facebook fact-checkers by conservative commentator Candace Owens was dismissed on Thursday.

The lawsuit against Lead Stories and USA Today was thrown out by Judge Craig A. Karsnitz “[b]ecause Candace Owens is a public figure, the First Amendment protects Defendants’ statements” and therefore she failed to state an actionable claim.

Owens filed the lawsuit after she was repeatedly fact-checked by the defendant’s organizations on posts about COVID-19, leading to her page being demonetized. Both of the organizations are paid by Facebook to publish fact-check articles for the platform, which many have argued is a way for Facebook to have an editor — without actually becoming a publisher and losing their Section 230 protections.

According to a report from Newsbusters, Karsnitz stated that he “struggle[d]” with the opinion, given the ever-changing nature of the online world. “The political aspects of this case are manifest but must be ignored in favor of application of the law. The law and courts in general are often slow to react to changing times. By way of example, the jurisdictional principles I struggle with in this Opinion were not originally designed for the digital world but are evolving and adapting.”

The judge stated that the “Defendants’ articles are protected by the First Amendment because Plaintiffs fail to state that both Defendants’ articles contain false statements of fact made with actual malice under the reasonable conceivability standard.”

According to the Associated Press, the judge also ruled that the term “Hoax Alert” in the Lead Stories article was used as “loose, figurative, or hyperbolic language” and readers would not understand it to mean that Owens was intentionally spreading a lie.

“A tortious interference claim cannot survive if the claim is premised solely on statements that are protected by the First Amendment because the exercise of constitutionally protected speech cannot be an ‘improper’ or ‘wrongful’ action,” he added. 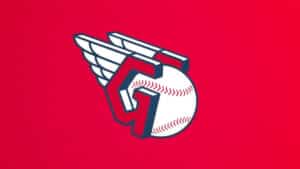 Cleveland Renames MLB Team ‘The Guardians’ to ‘Unite the Community’