Republican Texas Gov. Greg Abbott and Lt. Gov. Dan Patrick have announced that they will not be attending the National Rifle Association (NRA) convention in Houston this weekend in the wake of the Uvalde shooting.

Gov. Abbott cancelled his speech that was supposed to take place on Friday afternoon, but will still send prerecorded video remarks to address the convention. He will instead be in Uvalde giving a press conference about resources available to those impacted by the shooting

Patrick said in a statement posted to Twitter that he didn’t want to “bring any additional pain or grief” to the families of the victims or local community that is still reeling in the aftermath of the elementary school shooting that left 19 children and two teachers dead earlier this week.

“While a strong supporter of the Second Amendment and an NRA member, I would not want my appearance today to bring any additional pain or grief to families and all those suffering in Uvalde,” the statement reads.

My statement on cancellation of NRA Convention appearance: pic.twitter.com/2CddBaOVdC

“This is a time to focus on the families, first and foremost,” Patrick said.

Sen. Ted Cruz and former President Donald Trump are still scheduled to speak at the event.

American Pie singer Don McLean has also cancelled his scheduled performance at the NRA’s Grand Ole Night of Freedom concert on the second night of the convention.

“In light of the recent events in Texas, I have decided it would be disrespectful and hurtful for me to perform for the NRA at their convention in Houston this week,” McLean said in a statement. “I’m sure all the folks planning to attend this event are shocked and sickened by these events as well. After all, we are all Americans. I share the sorrow for this terrible, cruel loss with the rest of the nation.”

The Houston Chronicle reports, “Daniel Defense, the gun manufacturer that produced the AR-15-style assault rifle used by the shooter, planned to be an exhibitor at the convention but dropped off the schedule on Thursday, in addition to shutting down its social media accounts.”

O’Rourke was escorted out of a press conference about the shooting on Wednesday after an outburst at Gov. Abbott.

During the interruption, Uvalde Mayor Don McLaughlin called O’Rourke a “sick son-of-a-b-tch” for making the press conference about politics.

“I can’t believe, you’re a sick son of a bitch who would come to a deal like this to make a political issue,” the mayor continued.

McLaughlin is making no apologies for his comment and had even more to say when interviewed by Townhall’s Julio Rosas.

Don McLaughlin, mayor of Uvalde, on @BetoORourke crashing the press conference earlier today: “That event today was not the place or the time…I have no respect for Beto and the haters who hate…to hell with you too.” pic.twitter.com/313WtdU8mk

The mayor asserted that he has “no respect for Beto.”

“This community is broken right now. No community should have to go through what we’ve been through in this community, and for a person to come in there and start that crap, I have no respect for Beto. And the haters that hate, that send me the emails and the texts, to hell with you, too,” McLaughlin continued.

McLaughlin added, “I don’t care if you’re a Democrat, a Republican, an independent, we’re American people,” he said. “We’re trying to come together as a community. To do what you [O’Rourke did] at that press conference was wrong. I’m sorry, but it was wrong.” 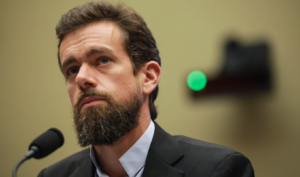