The ATV designed by Tesla for children is being recalled following concerns about which safety standards the toy is required to meet.

Wagon and toy maker Radio Flyer announced the voluntary recall and offered customers a full refund. Radio Flyer has the exclusive right to the Cyberquad, which is modeled after the Tesla ATV that debuted in 2019.

While the version designed for children was intended to be classified as a toy, the Consumer Product Safety Commission said the product is considered a youth ATV and does not meet the safety standards regulating that category of vehicle. The federal agency also reports that the Cyberquad does not have an approved ATV action plan which is required prior to the sale, distribution, or manufacturing of the all-terrain vehicles.

“ATV action plans contain numerous safety requirements, such as rider training, dissemination of safety information, age recommendations, and other safety measures,” announced the CPSC in a press release. “These ATV safety standards are in place to reduce crash and injury hazards, preventing serious injury or death.”

The recall comes after Radio Flyer received a report that a 36-year-old female adult bruised her left shoulder after the single-rider Cyberquad she was driving with an eight-year-old tipped over.

Approximately 5,000 Cyberquads for Kids have been delivered. Each one has a lithium-ion battery that can run for 15 miles with a max speed of 10 miles per hour. Each vehicle has a steel frame and cushioned seats. The products were sold online in December 2021 at a retail price of $1,900.

At the time, Tesla said the product was designed for riders ages of eight to twelve years old and could accommodate riders weighing up to 150 pounds.

The product sold out twice after becoming available.

Owners of the Cyberquad were advised to immediately stop using the product. Radio Flyer is also contacting customers to explain to them how to remove the Cyberquad’s motor – thereby permanently disabling the ATV. To receive the refund, consumers must return the motor controller to Radio Flyer. The recall is open to consumers who may have purchased the Cyberquad secondhand.

“Radio Flyer has 105 years of history in producing safe, quality products that families can trust,” the company said in its recall announcement. “We take the safety of children very seriously.”

Radio Flyer also sells a battery-powered Tesla Model S for children for about $600, per The New York Post.

While Tesla does not manufacture the Cyberquad, the company consults on the overall appearance of the products. The company is supporting the recall.

There is no deadline for this recall. 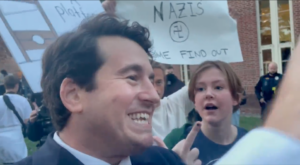