A state representative in Tennessee has filed a bill that would allow schools to refuse to enroll students who are illegally in the United States.

House Bill 1648 would also permit the state to not fund the education of students with unlawful immigration statuses.

Additionally, local education agencies and “public charter schools that enroll students who are unlawfully present in the United States [would] bear sole financial responsibility for their education” under the bill.

If the legislation is passed, schools in Tennessee will be required to report the number of enrolled students who are illegally in the country during the 2022-2023 school year.

HB 1648 was introduced by Representative Bruce Griffey, who said in a statement that the bill “focuses on the costly expense of providing free, taxpayer-subsidized public education to illegals in [Tennessee] and calls for defunding it.”

He cited data from the Federation for American Immigration Reform which reported that $383 million from the state’s 2017 education budget was used to educate illegal immigrants.

“As illegals continue to flood across our border in record numbers under the failed policies of the Biden Administration, it is inevitable that this figure is significantly higher in 2021 than it was in 2017,” Griffey said. “Tennesseans should not have to be paying hundreds of millions of dollars in expenses resulting from criminal acts to which the federal government is turning a blind eye.”

“It’s in the best interest of the communities and our state for all children, regardless of how they came here or where they are from, to have access to education,” said TIRRC, per Tennessee Conservative News. “Time and again, immigrants, refugees, and our allies have stood to stop each one of Rep. Griffey’s anti-immigrant and anti-refugee bills, and this will be no different.”

In 1982, the Supreme Court ruled in Plyler v. Doe that access to free, public education cannot be denied to students based on their immigration status.

Griffey argues that the power to decide if and how to fund illegal immigrants’ education should remain within the purview of state power.

“It is up to the states to decide as a matter of policy whether the state taxpayers should be forced to spend their tax dollars on children of undocumented aliens who are here illegally,” Griffey said.

According to Nashville Scene, “Griffey’s proposal would likely be challenged in the courts, but maybe that’s the point. His attempted attack on the ruling is similar to the assaults on Roe v. Wade that are threatening abortion access across the county. It also comes across as an attack on districts that have higher populations of undocumented immigrants — if they can’t get funding for those students, they’ll have to pay more from their own coffers.”

Griffey, a republican, is serving his second term in office. He announced in November that he will not seek a third term, but is seeking to replace Circuit Court Judge Donald Parish, who is retiring. 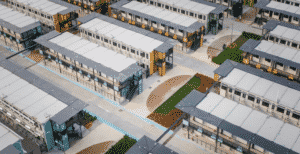