Brazil lifted a ban on Telegram after platforms and internet providers were ordered to block the messaging app.

Telegram was given 24 hours on March 19 to comply with a judicial order that required the app to block profiles that spread misinformation. The app was also ordered to remove posts that gave users access to a classified federal police investigation that had been shared on President Jair Bolsonaro’s channel.

Justice Alexandre de Moraes ruled on March 20 that Telegram had complied with the order. De Moraes said the app was taking steps to monitor the 100 most popular channels in the country to prevent the spread of disinformation.

Some of the steps include restricting public posts made by users who had been banned for spreading fake information, updating its terms of service to promote information that has been verified, and partnering with information checking networks.

AP News reports that “blocking Telegram in an election year would have been a major blow to Bolsonaro, who has more than 1.2 million followers on the platform and defends the tool as key to his re-election in October.”

Bolsonaro is under investigation for leaking police documents. The country’s Supreme Court subpoenaed the president in January and ordered police to question him regarding documents.

“Bolsonaro used the information on his social media accounts to argue that Brazil’s electronic voting system was vulnerable to tampering and fraud, a charge dismissed by the country’s electoral authorities,” said Reuters. “Bolsonaro’s critics at the time said he was preparing the ground to question the election outcome if he lost the second-round run-off against a leftist candidate.”

The ban was implemented after the Brazillian court ruled the app was being unresponsive. Telegram’s CEO Pavel Durov said in a statement on March 18 that there was “an issue with emails going between” the company’s corporate email and the Brazillian Supreme Court.

“On behalf of our team, I apologize to the Brazilian Supreme Court for our negligence. We definitely could have done a better job,” Durov wrote.

“We complied with an earlier court decision in late February and responded with a suggestion to send future takedown requests to a dedicated email address,” Durov wrote. “Unfortunately, our response must have been lost, because the Court used the old general-purpose email address in further attempts to reach us.”

The executive asked the court to delay its ruling to give Telegram a chance to comply.

“The last 3 weeks have been unprecedented for the world and for Telegram. Our content moderation team was flooded with requests from multiple parties,” Durov concluded. “However, I am certain that once a reliable channel of communication is established, we’ll be able to efficiently process takedown requests for public channels that are illegal in Brazil.”

Brazil is an important market for Telegram. The app has been downloaded more than 84 million times in the country. 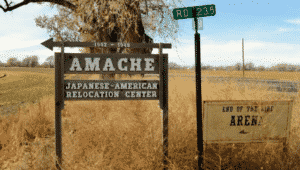