Nineteen-year-old Bregoli, also known as Bhad Bhabie, has reportedly been invited to speak at the university’s debate society Oxford Union sometime in November, according to TMZ. While it’s unclear what Bregoli will speak about at the university, the report alludes to her visit relating to the topic of business as Bregoli will “drop some wisdom” for the debate union. The event will be available to stream on YouTube, TMZ noted.

“It would be an honour to welcome you to continue this fine tradition,” said the Oxford Union President.

The talk-show guest-turned-rapper responded to TMZ’s Thursday announcement by tweeting “been too long 🇬🇧.”

been too long 🇬🇧 https://t.co/WQXL1Dz5i2

In 2016, Bregoli, who was 13 at the time, gained notoriety during an appearance on television personality Phil McGraw’s show Dr. Phil. The episode featured Bregoli and her mother Barbara Ann during a segment titled “I Want to Give Up My Car-Stealing, Knife-Wielding, Twerking 13-Year-Old Daughter Who Tried to Frame Me for a Crime.”

McGraw interviewed the duo about mother Ann’s allegations of Bregoli’s behavior. Audience members chuckled when McGraw criticized Bregoli’s language in her nonchalant casual response to the allegations. Bregoli said “And all these hoes laughing like something funny,” to the audience.

“Catch me outside, how bout that?” the teen added after the audience continued laughing.

In February 2017, Bregoli returned to Dr. Phil after garnering social media fame and told McGraw, “You were nothing before I came on this show.”

Later in 2017 she adopted the stage-name Bhad Bhabie and signed a record deal with Atlantic Records after her song “These Heaux” went viral. Bregoli was the youngest female rapper to debut on Billboard’s Top 100, according to Variety.

Bregoli opened an OnlyFans account six days after her 18th birthday which reportedly brought in over $1 million in the first six hours, according to a now deleted social media post, Page Six reported. The OnlyFans star claimed in an Instagram post she brought in over $52 million as of an Apr. 25: “not bad for 6 hours 🤩 we broke the f–k out of that onlyfans record,” Bregoli said in the post’s caption.

On Aug. 23 Bregoli released a video on her YouTube channel announcing she was creating a scholarship fund totaling $1.7 million with Educapital entitled Bhad Scholarships.

“So you may have seen that I made a couple dollars the last year,” she said in reference to her OnlyFans career. “And when people seen that they started asking me for money for school and boob jobs and stuff, but we’re gonna go with the school.”

She has been donating money to different organizations to help kids and the teen industry. The scholarship will go towards accredited online trade and technical schools, according to Bregoli. 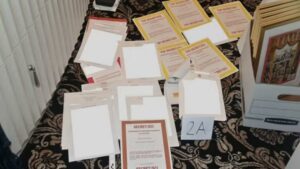