Senator Ted Cruz is demanding that the White House “fess up” about FBI involvement in the January 6 protest at the Capitol last year.

There has been much speculation on the right about undercover feds working to instigate the events of that day, particularly surrounding a man named Ray Epps.

“Out of all of the thousands of January 6’s protesters, and the thousands of hours of publicly available footage from that fateful day, Ray Epps has turned out to be perhaps the only person nailed dead to rights confessing on camera to plotting a pre-planned attack on the Capitol. On both January 5 and January 6, Epps announced multiple times, at multiple locations, his upcoming plot to breach the US Capitol. He then spent hours attempting to recruit hundreds of others to join him. On top of it all, Epps was seen leading key people and managing key aspects of the initial breach of the Capitol grounds himself,” Revolver News, who broke the story, reports.

During a senate hearing on Tuesday morning, Cruz laid into the executive assistant director for the FBI’s National Security Branch, Jill Sanborn, demanding answers about the agency’s involvement — and about Epps specifically.

“Who is Ray Epps? There are a lot of people who are understandably very concerned about Mr. Epps. On the night of January 5th, 2021, Epps wandered around the crowd that had gathered and there is video out there of him chanting ‘tomorrow, we need to get into the Capitol.’ This behavior was so strange the crowd began chanting, ‘Fed, Fed, Fed, Fed, Fed, Fed, Fed.’ Ms. Sanborn, was Ray Epps a Fed?” Cruz asked.

Sandborn responded by saying, “I can’t answer that question.”

Sen. @tedcruz says the Biden admin needs to “fess up” as to whether or not the FBI is “a politicized law enforcement operation” that actively encouraged illegal conduct on Jan 6. pic.twitter.com/7L3qdWJL9u

“Unfortunately, under Joe Biden we have seen an incredibly partisan Department of Justice,” Cruz said. “And both the Department of Justice and the FBI have an arrogance that they are not accountable to anyone, they can stonewall, so it should be very easy for the FBI to say, ‘No, no federal agents participated in violent crimes.’”

Cruz went on to note that Epps originally appeared in the “wanted” photo arrays from January 6 that the FBI was releasing — but was suddenly removed.

“I asked the FBI, is Mr. Epps an agent of the FBI, is he an informant of the FBI and she stonewalled, refused to answer,” Cruz stated. “We know the FBI put him out on the list they wanted information about and then magically he disappeared.

“There needs to be transparency, and the Biden administration needs to fess up.” 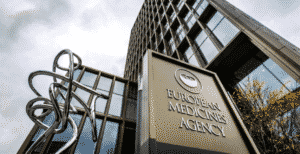