"It’s not something that we can think should be repeated constantly," an agency official said of booster shots

A European Union regulatory agency has warned that too many COVID-19 vaccination doses could adversely impact the immune system.

The European Medicine Agency said repeated booster shots within a four-month period could ultimately weaken the immune system. The agency has urged European countries to increase the time between booster shots. They have also recommended that the government time booster shots to coincide with cold and flu season.

In a press briefing on Jan. 11, the head of the EMA’s biological health threats and vaccines strategy Marco Cavaleri said that booster shots “can be done once, or maybe twice, but it’s not something that we can think should be repeated constantly.”

“We need to think about how we can transition from the current pandemic setting to a more endemic setting,” Cavaleri added.

He said more data is needed to better evaluate the omicron variant, its impact on the current state of the pandemic, and the necessity of a targeted vaccine.

The agency also said it would not approve a new vaccination for COIVD-19 variants before April. Oral and intravenous antivirals, such as Paxlovid and Remdesivir, are effective against the virus according to the agency.

“It is important that there is a good discussion around the choice of the composition of the vaccine to make sure that we have a strategy that is not just reactive…and try to come up with an approach that will be suitable in order to prevent a future variant,” Cavaleri said.

He added, “With the increase of immunity in population – and with Omicron, there will be a lot of natural immunity taking place on top of vaccination – we will be fast moving towards a scenario that will be closer to endemicity.”

Booster shots are becoming an increasingly standard component of regulation worldwide designed to slow the spread of COVID-19.

“Earlier this month Israel became the first nation to start administering a second booster, or fourth shot, to those over 60,” notes the Hindustan-Times. “The UK has said that boosters are providing good levels of protection and there is no need for a second booster shot at the moment, but will review data as it evolves.”

The United States’ Center For Disease Control and Prevention announced in early January that Pfizer and Moderna COVID-19 vaccine recipients can receive a booster shot five months after their inoculation.

The World Health Organization estimated on Jan. 11 that more than half of the population of Europe – the pandemic’s epicenter – will have caught the omicron variant by March. 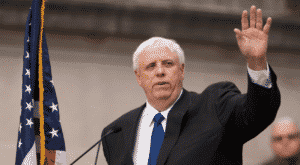