A spokesperson for the Taliban confirmed this week that they will work tirelessly to fight climate change in the years ahead.

Abdul Qahar Balkhi, a member of the Taliban’s Cultural Commission, told Newsweek his group is seeking global recognition after seizing control of Kabul earlier this month.

“We hope not only to be recognized by regional countries,” Balkhi said, “but the entire world at large as the legitimate representative government of the people of Afghanistan who have gained their right of self-determination from a foreign occupation with the backing and support of an entire nation after a prolonged struggle and immense sacrifices despite all odds being stacked against our people.”

He added: “We believe the world has a unique opportunity of rapprochement and coming together to tackle the challenges not only facing us but the entire humanity and these challenges ranging from world security and climate change need the collective efforts of all, and cannot be achieved if we exclude or ignore an entire people who have been devastated by imposed wars for the past four decades.”

“Our policy remains that we will not allow anyone to threaten the security of others from our soil and neither will we allow others to interfere in our own internal affairs,” Balkhi said.

Read the full interview at Newsweek. 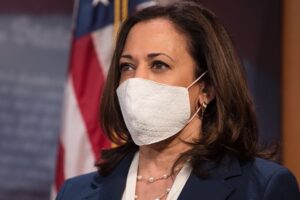