The fast-food chain apologized for item shortages on a banner on their website. The message read, “Sorry if we can’t feed your current craving. Due to national ingredient shortages and delivery delays, we may be out of some items.”

Taco Bell told CBS MoneyWatch via email, “Due to national transportation delays happening throughout most of the industry, we may temporarily be out of some items. Apologies for the inconvenience and we hope to feed fans’ current Taco Bell cravings again soon.”

The brand did not specify which items are may be unavailable or temporarily removed from their menu. Hot sauce, 10-inch tortillas, chicken, and beef are all in low supply. Disappointed customers shared the news online.

This pandemic has brought on a lot of shortages that I’ve been able to live with.

Today however…my Taco Bell told me there’s a mild sauce shortage and they ran out. That’s one product shortage too many. Now it’s serious. pic.twitter.com/2NuqrZSsxm

taco bell employee told me there was a "national shortage of everything right now," and i have decided to get my economic news exclusively from drive thru employees from now on

Taco Bell is not the only chain suffering from supply shortages.

Chick-fil-A reported shortages of its sauces in May.

“In many of the 2,600 restaurants, employees have been told they are only allowed to give out one sauce packet per food item ordered,” said The Hill.

This change in restaurant policy was bitterly received by the public, including politicians like Senator Ted Cruz.

Health and wellness brand Eat This; Not That predicts that chicken wings and ketchup packets will be rare commodities this summer. The most widely provided ketchup packets are Heinz. The Kraft-Heinz brand is ramping up production by 25% to meet the increased demand. Still, Long John Silver’s and Texas Roadhouse have both reportedly begun looking for other suppliers.

Eat This; Not That also projected shortages of oat milk, which may impact coffee chains, and tapioca flour, which is used in Boba tea.

Some companies have been stockpiling key ingredients. Popeye’s has been hoarding frozen chicken in order to launch its forthcoming chicken nuggets in late July. Poultry shortage and exorbitant transport costs threatened to derail the rollout.

Others have edited what they are offering. Wingstop has started offering chicken thighs in lieu of wing. Bojangles had to temporarily delete chicken tenders from its menu.

According to People Magazine, Taco Bell is “known for its increasingly outrageous menu items that certainly push the boundaries of what can be considered Mexican food.” A Harris Poll in 2018 found it was America’s favorite Mexican restaurant. This was the same year Taco Bell displaced Burger King as the fourth largest chain restaurant in the country. 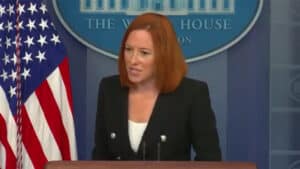