Billed as an “immersive fan experience,” the “Taco Bell Drag Brunch” will stop in five cities across the country at select Taco Bell Cantinas.

Reservations are available on OpenTable for adults over the age of 18.

Tijuana-born drag performer Kay Sedia, the tour’s host, announced on Instagram “Morning breakfast is about to get even sexier!”

Taco Bell says the concept of the show came from its Live Más Pride Employee Resource Group, which it launched in 2020. Over 100 employees from a range of positions across the brand’s corporate structure participate in the group which is tasked with “creating opportunities and engagements that elevate the voices, stories and experiences of its community both internally and externally.”

“We understand the importance of creating safe spaces for the LGBTQIA+ community and are thrilled to provide a unique experience that spotlights and celebrates the wonderful art form of drag and its influence in culture with their chosen families,” said Sean Tresvant, Taco Bell’s Global Chief Brand Officer.

The brand’s charitable foundation is also making a contribution to the It Gets Better Project to help LGBTQIA+ youth prepare to join the workforce. Each drag brunch includes a presentation about the organization’s mission.

“We are beyond excited to partner with Taco Bell and the Taco Bell Foundation to celebrate the LGBTQ+ community through the Drag Brunch experience and to collaborate on programming designed to engage LGBTQ+ youth around their career aspirations and future potential,” said the Executive Director of the It Gets Better Project Brian Wenke.

Taco Bell hosted Drag Queen Storytimes for its employees and their children in 2021 with California-based employee Robert Fisher dressing up in his drag persona, Judy Latuda. Fisher went on to found the Live Más Pride initiative for the fast-food brand. Live Más pride is one of five Employee Resource Groups Taco Bell supports — including  Live Más T.A.A.C.O.S, which supports Black employees, Live Más CREAsians representing the Asian and Asian-American community, the Latinx employee-led Live Más L.U.C.H.A. and Womxn @ The Bell. 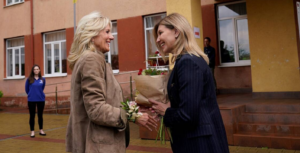