A synagogue has filed a lawsuit against Florida Governor Ron DeSantis over an abortion law that will ban the procedure after 15-weeks of pregnancy.

Congregation L’Dor Va-Dor argued in their complaint that the law violates Jewish law and religious beliefs about when life begins.

“The Jewish people are just one group among all the people of Florida whose religious beliefs about when life begins and when abortion is proper runs afoul of the Act. Thus, the Act violates the religious freedom of all Floridians who do not share the religious views reflected and codified in the Act,” the lawsuit says, according to a report from The Hill.

The bill, HB-5, is scheduled to go into effect on July 1, but the synagogue is hoping to win an injunction to stop it. The legislation makes no exceptions for cases of rape or incest.

According to Congregation L’Dor Va-Dor, the law will violate their religious freedom, as congregants of the synagogue are supported in getting abortions under their interpretation of Jewish law.

The lawsuit additionally argues that the 15-week cut off is “arbitrary and capricious, is not supported by any rational basis or compelling state interest and is hard to understand for many women and their medical providers.” It says that their pregnant congregants would have to travel to other states for abortions, and that could result in delayed treatment. It adds, “and all such delays increase the danger and harm to women from abortion, which nevertheless is less than the dangers of childbirth.”

The National Council of Jewish Women appears to agree with the interpretation that life does not begin at conception under Jewish law.

“Sources in the Talmud note that the fetus is ‘mere water’ before 40 days of gestation. Following this period, the fetus is considered a physical part of the pregnant individual’s body, not yet having life of its own or independent rights. The fetus is not viewed as separate from the parent’s body until birth begins and the first breath of oxygen into the lungs allows the soul to enter the body,” the organization’s website explains.

The NCJW goes on to assert that Jewish law “does not consider a fetus to be alive” or a “person” and therefore there are not restrictions on abortion under their faith.

“A fetus is not considered a person under Jewish law and therefore does not have the same rights as one who is already alive. As such, the interests of the pregnant individual always come before that of the fetus,” the website explains.

Planned Parenthood and the American Civil Liberties Union have also filed lawsuits over HB-5, arguing that it is unconstitutional.

“HB 5 will force Floridians to remain pregnant against their will, violating their dignity and bodily autonomy, and endangering their families, their health, and even their lives. The impacts of pushing reproductive health care out of reach in the middle of a maternal mortality crisis will fall hardest on Black women, who are nearly three times more likely than white women to die during childbirth, or shortly after,” Planned Parenthood said in a statement about the law.

Responding to the lawsuit filed by Congregation L’Dor Va-Dor, Gov. DeSantis’ office told The Hill that “Governor DeSantis is and always has been pro-life. Our office is confident that this law will ultimately withstand all legal challenges.” 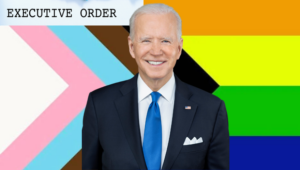