President Joe Biden will sign an executive order during a White House reception that the administration says is a response to “discriminatory legislative attacks.”

According to a factsheet issued by the White House in advance of the signing, state legislatures are responsible for introducing over “300 anti-LGBTQI+” laws in the past year.

The Department of Health and Human Services will be tasked with releasing a new “sample” policy to inform states on how to “expand access to comprehensive health care for LGBTQI+ patients.”

Similarly, the Department of Education will issue a sample policy to achieve “full inclusion for LGBTQI+ students.” The department will also establish a new Working Group on sexual orientation and gender diverse students and families in order to promote policies to state governments and school districts.

Arguing that those with nonconforming identities or sexual orientations predominantly suicide after facing discrimination or bullying, the order also charges HHS with working on expanding access to “gender-affirming” care at the state level and on expanding access to suicide prevention services to young adults.

The Department of Health and Human Services will also be ordered to expand access to gay, lesbian, and transgender parents who wish to adopt children from foster care by strengthening non-discrimination protections. For LGBT-identifying foster care children, HHS will issue guidelines that “promote the placements of children into environments that will support their sexual orientation and gender identity” and study the “disproportionate rates of child removals that LGBTQI+ parents face, especially women of color.”

Biden is also expected to reiterate his support for the Equality Act, which would explicitly expand civil rights laws that govern protected classes by including gender identity and sexual orientation.

A 2020 Supreme Court ruling in the case Bostock v Clayton has already ruled that these groups are protected from employment discrimination, and an opinion on whether businesses can refuse service based on sexual orientation or gender identity is expected in the fall of 2022.

During the reception, which is scheduled to take place at 4:00 p.m., President Biden “will talk about how these bills are worsening the mental health crisis that LGBTQI+ youth are facing, putting them at greater risk of suicide.

“President Biden always stands up to bullies and that’s what these extreme MAGA laws and policies do. They bully kids: hateful, discriminatory laws that target children are out of line with where the American people are and President Biden is going to use his executive authority to protect kids and families,” according to a White House source who spoke to reporters on a call earlier today. 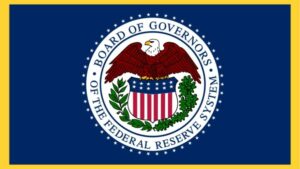