Premier Gladys Berejiklian: "This is literally a war, and we've known we've been in a war for some time, but never to this extent."

Fines for violating COVID-19 lockdown rules in Sydney, Australia have been increased.

Police in the city, and the rest of New South Wales, can fine anyone breaching stay-at-home orders or for lying to contract-tracing officials up to $5,000 in Australian dollars (AUD) (about $3,700 in USD). Previously, the maximum fine for breaching quarantine orders was $1,000 AUD.

“We have to accept that this is the worst situation New South Wales has been in since day one. And it’s also regrettably, because of that, the worst situation Australia’s been in,” said Premier Gladys Berejiklian during a press conference. “We will get through this, but September and October are going to be very difficult.”

“This is literally a war, and we’ve known we’ve been in a war for some time, but never to this extent,” she said.

Over the previous 24 hours, locally transmitted infections hit a record high of 466. The highest transmission in one day was 390. The state government reported four deaths on Saturday. Officially, 42 people have died during the current COVID-19 outbreak.

According to Reuters, “a new $3,000 [AUD] fine will apply to people entering rural areas without an official permit, while stay-at-home orders were introduced for seven days in regional areas not currently in lockdown. Weddings and funerals will get a day ‘grace period’ and will be allowed on Sunday, but schools across the state will close, officials said.”

To minimise movement and protect our communities from the evolving COVID situation in Sydney, stay-at-home orders will be introduced for all of Regional NSW from 5pm tonight.

Last month, Australian Prime Minister Scott Morrison said, “vaccinated Australians would be able to avoid some lockdowns once the rate of inoculation in the country hit 70%. He said once that rate hits 80%, broad lockdowns in major cities would no longer be necessary,” per NPR.

About 26% of the nation’s population over the age of 16 is fully vaccinated.

Compared to other developed countries, Australia’s COVID-19 numbers have stayed relatively low. The nation has so far reported 38,600 cases and 952 deaths.

“Some violent clashes broke out between protesters and police as authorities attempted to quell the demonstrations to prevent any further COVID-19 outbreaks. Berejiklian said at the time that she was ‘disgusted’ by the anti-lockdown protests, adding that she hoped they wouldn’t be a ‘setback’ for the state as it attempts to prevent further outbreaks of the virus,” per The Hill.

It is now reported to be unlikely that the Sydney area’s nine-week lockdown will end on August 28th as previously scheduled. 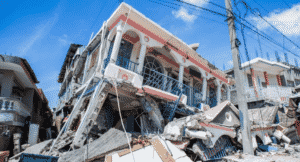