The program, which is formally called Migrant Protection Protocols, ordered asylum seekers to remain in Mexico until a decision is made in their case and was halted by President Joe Biden on his first day in office.

Last week, U.S. District Judge Judge Matthew J. Kacsmaryk in Amarillo, Texas, ordered that the policy must be reinstated in response to a lawsuit filed by the states of Texas and Missouri.

The Biden administration went to the Supreme Court seeking an emergency order to block the ruling, but instead they upheld his decision with a 6-3 vote across partisan lines.

In their argument, the Biden administration said that the president has “clear authority to determine immigration policy” and that Homeland Security Secretary Alejandro Mayorkas had discretion in deciding whether to return asylum seekers to Mexico, according to the Associated Press.

They also argued that the policy being reinstated “would prejudice the United States’ relations with vital regional partners, severely disrupt its operations at the southern border, and threaten to create a diplomatic and humanitarian crisis.”

The Blaze reports that Justice Samuel Alito wrote that the administration did not sufficiently argue that it was legal to end the policy and referred the matter to the court instead of granting the administration’s request to block the lower court order.

The court wrote that the administration has “failed to show a likelihood of success on the claim that the memorandum rescinding the Migrant Protection Protocols was not arbitrary and capricious.”

The American Civil Liberties Union is calling for the Biden administration to fight harder to stop the program.

“The government must take all steps available to fully end this illegal program, including by re-terminating it with a fuller explanation. What it must not do is use this decision as cover for abandoning its commitment to restore a fair asylum system,” Omar Jadwat, director of the ACLU’s immigrant rights project, told the AP. 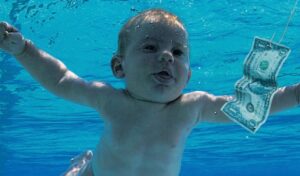