Catholics for Life and two pregnant women, on behalf of their unborn children, challenged a Rhode Island law protecting abortion

The United States Supreme Court declined an opportunity to clarify the legal status of fetuses.

The court elected not to hear an appeal filed by two Rhode Island women and Catholics for Life, who asked the court to “clarify whether an unborn human being has standing to access the courts.” The case was the latest to question the impact of the court’s decision to overturn 1973’s Roe v. Wade on June 24.

The women, who were pregnant and sued on behalf of their then-unborn children, and the organization had challenged Rhode Island’s 2019 Reproductive Privacy Act, which ensures the right to an abortion in the state. Under the law, abortions are legal until fetal viability outside the womb. The plaintiffs claim that the state’s Constitution prohibited the legislature from codifying abortion as a fundamental right.

The Rhode Island Supreme Court previously dismissed the challenge in 2019, citing Roe v. Wade which “recognized that the right to personal privacy under the U.S. Constitution protected a woman’s ability to terminate her pregnancy,” per Newsmax.

“We are of the opinion that the enactment of the RPA did not amount to a constitutional amendment requiring a referendum,” wrote the court, per The Providence Journal. “We also reiterate that, because plaintiffs do not show an actual and personal stake in the outcome, we make no substantive ruling relative to their claims.”

In their 46-page appeal to the Supreme Court, the plaintiffs asked the court to confirm unborn children had the right to due process and equal protection under the 14th amendment.

“This case presents the unavoidable confrontation of Dobbs, which left unresolved the tensions between the Tenth Amendment, federalism, and any surviving constitutional guarantees for the unborn,” wrote the plaintiffs. “This Court should grant the writ to provide state and federal courts with guidance on how to analyze unborn plaintiffs’ claims of Fourteenth Amendment protection and guarantees, post-Dobbs.”

The plaintiffs also argued that “the passage of the RPA specifically repealed statutes that: provided that all human life begins at the instant of conception; murder of pregnant or presumed pregnant woman charged in same indictment with infant child; prohibited willful killing of unborn quick child; and required spousal notification for abortion.”

Prior to the passage of the RPA in 2019, older state laws prohibited abortions but were not enforced due to Roe.

“After the Roe ruling, a federal court declared that Rhode Island law unconstitutional, and it was not in effect when the Democratic-led legislature enacted the 2019 Reproductive Privacy Act,” reports Reuters.

At least four justices need to approve the case for the court to hear oral arguments. 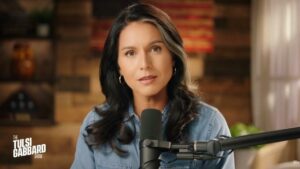