The Paul brothers weren’t taken seriously at first, but they quickly earned respect and graduated from amateur status in the boxing world. Logan Paul notoriously went head to head with 45-year-old boxing legend Floyd Mayweather in June 2021. Paul won the match, and recently revealed to TMZ Sports that he plans to file a lawsuit against Mayweather to get paid in full for his victory. In 2021, Jake Paul also KO’d established MMA champions Ben Askren and Tyron Woodley.

Creator Clash’s success has inspired influencers to return to the ring after hiatus. The day following Creator Clash, TikTok star Bryce Hall tweeted “BOXING MATCH THIS SUMMER ; im coming back baby.” Hall’s return this summer will be his first match since getting defeated by the ACE Family’s Austin Mcbroom last year.

JJ “KSI” Olatunji hasn’t been in the ring since his fight with Logan Paul in 2018, but in a recent clip from one of his concerts he announced that a match with his rival’s younger brother is in order:

“It’s so funny, so many motherf—ers think ‘he ain’t going to box again, he’ll stick with the music’ and to be honest, I probably could have. But I was like nah man, I need to f— Jake Paul up! So you best believe it’s coming.”

Rumor has it that their brawl will take place this August.

Creator Clash made it known that audiences are eager to watch two-dimensional beef get squashed in the three-dimensional world. Influencer fights challenge the status quo of instigating conflicts from behind the safety of a screen. Influencers are putting their money where their mouth is, and their fists where their opponents’ mouths are.

It’s no wonder that at a post-tournament press conference, iDubbbz hinted at the possibility of Creator Clash becoming an annual event: “The air is nice here [in Tampa Bay]. It lubricates the joints. It’s like the boxing city, as far as I’m concerned. We’re definitely gonna do it again. Somewhere in Florida, probably.”

In the meantime, get your popcorn ready for more influencer beatdowns in summer 2022. 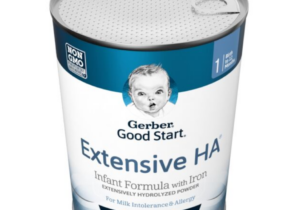