Substantially More Black and Latino Voters Planning to Vote Republican Than in 2018 or 2020, According to New Poll

Substantially more black and Latino voters are planning to vote Republican on Tuesday than in 2018 or 2020, according to the findings of a newly released poll.

The poll, which was conducted by the Wall Street Journal, found that about 17 percent of Black voters say they will vote with the GOP for Congress, which is up from roughly 8 percent who voted for a Republican in the 2018 midterms.

“Among Latino voters, Democrats held a lead of 5 percentage points over Republicans in the choice of a congressional candidate in the Journal’s October survey, a narrower advantage than the Democrats’ 11-point lead in August,” the pollsters reported.

Democrats have been at a disadvantage with voters regarding the economy and inflation, as gas and food prices have skyrocketed under the Biden administration.

The report noted that, “both findings suggest a deterioration in Democratic support as Latino voters show high degrees of concern about inflation and the direction of the economy. Latino voters in 2020 favored President Biden over Mr. Trump by 28 percentage points and Democratic candidates in 2018 House races by 31 points, VoteCast found.”

Fabrizio, Trump’s lead pollster in 2020, said, “It is wholly possible that Republicans reach a new high water mark among both African-Americans and Hispanic voters in this election.”

“Republicans say they are chipping away at the Democrats’ edge with both Black and Latino voters for two reasons: Democrats created an opening by taking their support for granted, and the GOP has become more proactive about organizing in their neighborhoods,” the report explained. “For example, a party-sponsored group called Black Voices for Trump set up shop one year before Election Day in 2020. Similar efforts started months earlier in the midterm cycle, according to the Republican National Committee.” 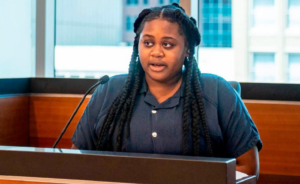