The impact of different emissions scenarios on Antarctic sea ice will not be detectable for nearly 200 years, according to new research from climate experts.

The researchers estimate that “the point in time when the difference between the medians of the scenarios is greater than the 95% [confidence interval] of the RCP2.6 scenario” is not until 2189.

According to Michael Shellenberger, a leading climate and environmental activist, the findings illustrate just how long it takes for the impacts of climate change to take effect – a much longer timescale than what is often portrayed in the media.

“I think what people are a little bit surprised to learn is that the biggest climate change impacts will not occur this century,” Shellenberger told Timcast.

He said the “bigger news” is that “we just will not have as much global warming as people were worried we were going to have.”

According to the 2021 IPCC report, the high emission scenarios – such as RCP8.5 or SSP5-8.5 – are now considered unlikely, signifying a complete reversal from the IPCC’s 2013 report that identified these extreme scenarios as our most likely future.

“So the reason the IPCC report basically said the really scary-sounding scenarios are just not going to happen is because it’s just highly unlikely that the planet is going to warm more than 3 degrees Celsius above pre industrial levels,” Shellenberger said.

“To have really high levels of warming – say above 3 degrees or above 4 degrees – we would have to sextuple the amount of coal that we’re currently using, whereas the amount of coal we are going to be using is going to go down,” Shellenberger explained. “Now it is going to slightly increase this year and the next due to the energy shortage driven by renewables.”

It should be noted that the IPCC’s report also could not detect an increase in the long-term frequency or severity of tropical cyclones.

Shellenberger explained, “People worry about the Greenland ice sheet and the west Antarctic ice sheet,” but most “people don’t realize” it is expected to take thousands of years “for those ice sheets to melt.”

“That’s plenty of time – to put it mildly – to adapt,” Shellenberger said. “I mean, humans might not even be on Earth in a thousand years, we just don’t know. The idea that we should be worried about things a thousand years from now – does anybody think that Europeans in 1100 should have been worried about what life would be like in 2100? It’s absurd.” 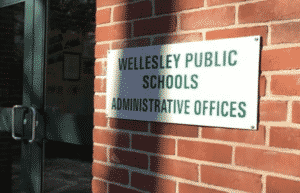 9 responses to “Study: Impact Of Emissions Scenarios On Antarctic Sea Ice Won’t Be Felt This Century”