Steve Bannon Responds to New York Indictment, 'They Are Coming After All of Us'

Former advisor to President Donald Trump and WarRoom host Steve Bannon has responded to news that he has been indicted for fraud in New York City — warning that “they are coming after all of us.”

The indictment reportedly mirrors the federal fraud case that Bannon was pardoned for by then-President Trump on his final day in office.

A presidential pardon does not stop state prosecution.

Bannon has been accused of keeping one million dollars from a viral fundraising effort to build a wall along the southern border. The effort, called “We Build the Wall,” raised over $25 million. The federal case had alleged he defrauded donors and used the money for personal expenses.

In a statement addressing the indictment, Bannon wrote, “just days after being swatted three different times by deranged thugs from New York City inspired by the Biden Administration to assassinate me by police, the Soros-backed DA has now decided to pursue phony charges against me 60 days before the midterm election because WarRoom is the major source of the MAGA grassroots movement.”

“The SDNY did the exact same thing in August 2020 to try to take me out of the election. It didn’t work then, it certainly won’t work now,” Bannon continued. “This is nothing more than a partisan political weaponization of the criminal justice system.”

Bannon added, “they are coming after all of us, not only President Trump and myself.”

“I am never going to stop fighting. In fact, I have not yet begun to fight. They will have to kill me first,” Bannon concluded.

The Washington Post has reported that an anonymous source told them that Bannon will turn himself in on Thursday.

Two others who were involved in the fundraiser, but not pardoned by Trump, Brian Kolfage and Andrew Badolato, pleaded guilty to one count of conspiracy to commit wire fraud in April.

Sentencing hearings for both Badolato and Kolfage were scheduled to take place this week, but have been postponed until December.

Bannon was convicted of contempt in July for defying a congressional subpoena from the House Committee Investigating January 6. He is facing up to two years in federal prison and is scheduled to be sentenced in October. 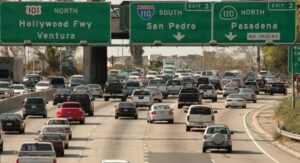