A judge in Staten Island has rejected a last-minute effort by the NYPD Union to block Mayor Bill de Blasio’s vaccine mandate for all public employees; setting the stage for a showdown that could force 25% of police officers off the payroll.

“The Police Benevolent Association, New York City’s largest police union, had argued in their request for a temporary restraining order on Monday that the policy does not make clear potential exceptions for medical or religious reasons, and does not give unvaccinated officers sufficient time to apply for such exemptions, as those appeals must have been submitted by Wednesday — one week after the mandate was announced,” reports CBS News.

“Today’s ruling sets the city up for a real crisis. The haphazard rollout of this mandate has created chaos in the NYPD,” PBA President Patrick J. Lynch said in a statement. “City Hall has given no reason that a vaccine mandate with a weekly testing option is no longer enough to protect police officers and the public, especially while the number of COVID-19 cases continues to fall.”

The Union plans on launching a handful of appeals to avoid the deadline. 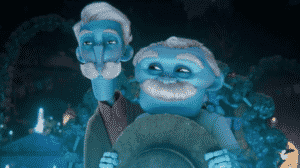 Doritos and Twix Launch New LGBTQ Commercials Ahead of Halloween