The U.S. State Department informed Americans in Ukraine that they should leave the country for Poland, but they must show proof of vaccination prior to entry.

After weeks of speculation that Russia will invade the neighboring nation, U.S. officials predicted an imminent air attack before the end of the Winter Olympics on Feb. 20

U.S. national security adviser Jake Sullivan said Americans should leave Ukraine in the following 48 hours while speaking with reporters on Feb.11. He added that any U.S. citizen who stays should not expect military evacuation.

“We continue to see signs of Russian escalation, including new forces arriving at the Ukrainian border,” Sullivan said. “We are in the window when an invasion could begin at any time. If a Russian attack on Ukraine proceeds, it is likely to begin with aerial bombing and missile attacks that could obviously kill civilians without regard to their nationality.”

Despite the urgency of the calls for departure, the U.S. State Department notified Americans they needed to show proof of vaccination to enter Poland at the Korczowa-Krakovets or Medyka-Shehyni border crossings.

“Poland has indicated to the U.S. government that U.S. citizens may now enter Poland through the land border with Ukraine,” the U.S. Embassy in Ukraine said in a Feb. 12 message. “U.S. citizens must present a valid U.S. passport and proof of COVID-19 vaccination. Travelers are also encouraged to present a negative test result from a PCR or antigen COVID-19 test, which will facilitate entry into Poland.”

Americans do not need advance approval to cross the Polish border.

To help ensure their safety, the embassy recommended Americans in the Ukraine “regularly monitor local and international news and social media news channels, review [their] personal security plans and always have a contingency plan in place that does not rely on U.S. government assistance,” and “get a COVID vaccine to facilitate your travel.”

Ukrainian officials requested a meeting with Russia within 48 hours, Ukrainian Foreign Minister Dmytro Kuleba said in a Feb. 13 statement on Twitter. The presidents of the two nations are set to meet on Feb. 14 and Feb. 15 during talks held by German Chancellor Olaf Scholz. 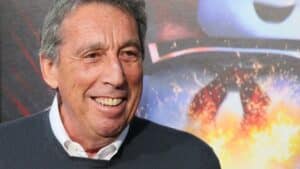