The Department of State announced today that a nearly half-billion dollar aid package would be provided to Ukraine for the purposes of funding their law enforcement agencies and justice system.

A press release from the Department of State announced that $457.5 million would be transferred to Ukraine in order to bolster funding for their justice system and law enforcement agencies. To date, more than $645 million in financial assistance has been provided for this effort, which the State Department described as “a tangible, positive impact on our Ukrainian law enforcement and criminal justice partners, including the National Police of Ukraine (NPU) and State Border Guard Service.”

While the press release describes the recipient agencies as part of Ukraine’s civilian security apparatus, the State Border Guard Service falls under the command of the Armed Forces of Ukraine during wartime, and the National Police of Ukraine has been tasked with the transport and detention of prisoners of war. According to the press release, the aid packages have played a critical role in reducing casualties to the men and women in these services who have inadvertently found themselves in combat situations:

A portion of the funds have been earmarked to assist the Ukrainian justice system in its pursuit of war criminals:

In addition to expanding our direct assistance to Ukrainian law enforcement, a portion of this new assistance will also continue U.S. support for the Ukrainian government’s efforts to document, investigate, and prosecute atrocities perpetrated by Russia’s forces, drawing on our long-standing relationship with Ukrainian criminal justice agencies, including the Ukrainian Office of the Prosecutor General and the NPU’s war crimes unit.

The United States has committed vast resources to the Ukrainian regime since the start of the Russian invasion. In at least one instance, personnel at the Department of Defense voiced national security concerns about the depletion of ammunition stockpiles that had been diverted for the foreign war effort.

To date, the United States has provided tens of billions of dollars in military equipment, loans, and financial assistance. More than 20 military aid packages have been delivered since the start of the war. 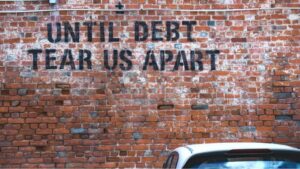