The U.S. State Department confirmed Thursday that at least one American citizen was killed in Ukraine by a Russian military operation in the city of Chernihiv.

The American has been identified as Jimmy Hill, and was reportedly killed during a “heavy artillery attack” against the town.

A 68-year-old American man was killed in a Russian assault on Chernihiv, a city northwest of Kyiv, local authorities in the city said. He and his partner, who is Ukrainian, had traveled to the city so she could be treated for multiple sclerosis.https://t.co/NkUyXAXobN

“We offer our sincerest to the family on their loss,” a State Department spokesperson said. “Out of respect to the family during this difficult time, we have no further comment.”

“Yesterday, President Biden said that in his opinion war crimes have been committed in Ukraine,” Blinken said during remarks to the media. “Personally, I agree. Intentionally targeting civilians is a war crime.” 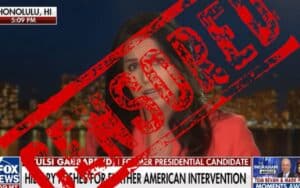