'We won't back down from this fight because people need to decide elections,' Starbuck told Timcast

A Republican congressional candidate who was removed from the primary ballot in Tennessee is asking a federal court to intercede on his behalf.

Robby Starbuck, a video producer who is running in the state’s 5th Congressional District, was removed from the Republican primary ballot in April.

The Tennesee GOP said he and two other candidates — former State Department spokeswoman Morgan Ortagus and businessman Baxter Lee – did not qualify as they were not “bona fide” Republicans.

Starbucks said removing him from the ballot was unconstitutional and stemmed from a legislative effort to prevent new residents from running for federal office.

His legal team also argues the party’s executive committee’s decision violated the Tennessee Open Meetings Act as it held its vote in secret.

Starbuck filed a lawsuit against GOP Chair Scott Golden, Tennessee Secretary of State Tre Hargett and state coordinator of elections Mark Goins in the state’s Middle District Court on May 2.

“The [Tennessee Republican Party’s] instruction to the state to remove Mr. Starbuck from the primary ballot in the upcoming election … for reasons beyond its narrowly prescribed lawful power to disqualify non-Republicans, was … arbitrary, capricious, unsupported by the evidence, and contrary to law,” according to the lawsuit, per NBC.

Under the party’s bylaws, potential candidates for the Republican primary can prove they are “bona fide” members by having participated in three of the previous four elections or providing the executive committee letters from other Republicans vouching for them.

“We won’t back down from this fight because people need to decide elections,” Starbuck told Timcast. “This was done because our support is so tremendous and they fear a real America First candidate like me winning because it puts their stranglehold on power into question. If I win, it means the people are taking control.”

“It was always going to be a fight,” he added. “We may not have asked for it, but it’s a fight we welcome and a fight we will win.”

“I took this major step to fight for the rights of Tennessee voters, only after the state party, in the face of a detailed legal demand and a mountain of evidence, refused to do the right thing and correct what they did wrong by disenfranchising their own voters,” Starbuck said in a statement on Twitter.

“Our complaint alleges that state GOP used secret and irregular means to prevent a FREE and FAIR election consistent with the state party bylaws, and state and federal law,” the candidate continued.

I have sued @TNGOP in Federal Court over my illegal removal from the ballot. I’m not going to stop fighting until our voters in Tennessee have every choice on their ballot in this election. A secret, illegal backroom vote should not overrule our voters. Freedom matters! 🇺🇸🇺🇸🇺🇸 pic.twitter.com/Z69zMVWMJX

Ortagus, who was endorsed by President Donald Trump, appears to have no plans to fight the state party’s decision.

“Ortagus’s website, which featured multiple endorsements and mentions of former President Donald Trump, is now a simple landing page with the tag line, ‘Thank You’ on a browser tab,” notes The National Pulse.

The candidates that are currently set to appear on the Republican primary ballot for the 5th Congressional district include Speaker of the House Beth Harwell, Maury County Mayor Andy Ogles and retired National Guard Brigadier General Kurt Winstead. 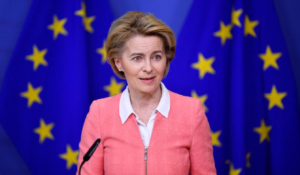