Stagecoach Bans Any Display of Confederate Flags at Upcoming Festival

The decision follows a wave of bans implemented in 2020

Country music festival Stagecoach will not allow any attendees to display the Confederate flag.

The flags are not permitted in the Los Angeles County venue or in the overnight camping area.

The California festival’s producer Goldenvoice updated its rules online to include the new ban.

“No divisive symbols, including, without limitation, Confederate flags and racially disparaging or other inappropriate imagery/public displays,” the General Resort Rules page now reads. The same warning also appears in the rules regarding the venue.

Confederate flags and imagery have been at the center of debates among fans of the music festival. Some regard the flag as a harmless symbol of Southern pride while others feel it is a symbol of racism or anti-government insurrectionism.

“In the first few years of the festival, which began in 2008, it was common to see Confederate merchandise in the ‘marketplace’ area, including even Confederate bikinis,” reports Variety. “That noticeably came to a halt some time in the mid-2010s, although no ban on Confederate merch was ever publicly declared.”

The Confederate flag has been barred from other popular events.

In June of 2020, NASCAR banned displays of Confederate flags at all events and properties.

“The presence of confederate flags at NASCAR events runs contrary to our commitment to providing a welcoming and inclusive environment for all fans, our competitors and our industry,” the racing organization wrote in a statement. “Bringing people together around a love for racing and the community that it creates is what makes our fans and sport special.”

Bubba Wallace, the sport’s only black driver in the Cup Series who put a Black Lives Matter paint scheme on his car that summer, called for the ban. He said the flag was racially insensitive and offensive.

The Department of Defense took similar action just over a month later in July of 2020. The department published a memo stating which flags were permitted to be flown at military installations.

“Flags are powerful symbols, particularly in the military community for whom flags embody common mission, common history, and the special, timeless bond of warriors,” wrote then-Defense Secretary Mark Esper. “The flags we fly must accord with the military imperatives of good order and discipline, treating all our people with dignity and respect, and rejecting divisive symbols.”

Permitted flags include state or territory flags, military service flags, POW/MIA flags, flags or organizations to which the United States is a member such as NATO, flags of countries to which the U.S. is an ally or partner, and a “presidentially-appointed, Senate-confirmed civilian flag.”

The Confederate flag was not included on the approved flag list.

Former Governor of New York Andrew Cuomo took similar action in December of 2020. He banned the sale or display of “symbols of hate,” including the Confederate flag and swastikas on New York Property.

“This country faces a pervasive, growing attitude of intolerance and hate — what I have referred to in the body politic as an American cancer,” Cuomo said in a memo regarding the ban. “By limiting the display and sale of the Confederate flag, Nazi swastika and other symbols of hatred from being displayed or sold on state property, including the state fairgrounds, this bill will help safeguard New Yorkers from the fear-instilling effects of these abhorrent symbols.”

New York Governor Kathy Hochul followed suit and banned Confederate flags in any municipal corporations, such as fire or police departments, in November of 2021. 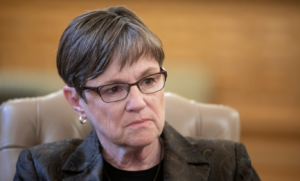