A bill that would have required students to compete in sports that match their biological sex has been blocked in Kansas after the state legislature failed to overturn the governor’s veto.

Governor Laura Kelly vetoed Senate Bill 55 because she felt it did not promote inclusivity.

“This legislation sends a devastating message that Kansas is not welcoming to all children and their families, including those who are transgender — who are already at a higher risk of bullying, discrimination, and suicide,” she wrote in a message regarding her decision in mid-April. “As Kansans, we should be focused on how to include all students in extracurricular activities rather than how to exclude those who may be different than us.”

She also argued the bill could have economic consequences for the state and hurt Kansas’s business community.

“This bill would also undoubtedly harm our ability to attract and retain businesses,” wrote Kelly. “It would send a signal to prospective companies that Kansas is more focused on unnecessary and divisive legislation, than strategic, pro-growth lawmaking.”

State Representative Susan Humphries argued during the debate that SB 55 was an effort to protect fairness.

“The case has already been convincingly made by doctors, scientists, professional athletes that women need a category in nearly every sport to compete with fairness,” Humphries said on April 28.

Representative Stephanie Byers, Kansas’s first transgender legislator, disputed this claim. Byers said the bill was crafted on bad information and was not fair.

Byers also argued that “maybe one trans girl in all of Kansas that is trying to participate in athletics.”

In an 81-41 vote on April 28, the Kansas House fell just three votes shy of overriding Kelly’s veto. The motion had to be supported by a two-thirds majority to be passed.

SB 55, also known as the Fairness in Women’s Sports Act, acknowledged that there are inherent differences between men and women that vary from “chromosomal and hormonal differences to physiological differences.”

“Athletic teams or sports designated for females, women or girls shall not be open to students of the male sex” at any public institution, including “elementary or secondary school,” or “a postsecondary educational institution.”

“No governmental entity, licensing or accrediting organization or athletic association or organization shall entertain a complaint, open an investigation or take any other adverse action against a school or postsecondary educational institution for maintaining separate interscholastic, intercollegiate, intramural or club athletic teams or sports for students of the female sex,” the bill also stated. 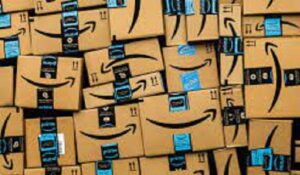