'Spider-Man: No Way Home' Breaks $1 Billion in Under Two Weeks

The latest Spider-Man movie has crossed the global $1 billion mark over the weekend.

The film added $587.1 million to its already remarkable domestic gross in just 12 days since its release.

Spider-Man: No Way Home stayed in the No. 1 spot and netted a few more milestones as well. The accomplishments come amidst strong competition from new Matrix: Resurrections and Sing 2 movies and rising concerns over the Omicron variant.

It is the third fastest movie to reach the billion-dollar milestone. In 2019, Avengers: Endgame and Avengers: Infinity War did so in five days and 11 days, respectively.

According to studio estimates Sunday, Spider-Man added $81.5 million over the three-day weekend, down 69 percent from its first weekend when it became the film with the second-highest opening box office ever behind Avengers: Endgame.

The film has now grossed $467 million from North American theaters, more than doubling the domestic grosses of 2021’s previous No. 1 film, Shang-Chi and the Legend of the Ten Rings.

In total, the film made $1.05 billion as of Sunday. This comes as a great success for Sony and Marvel. The movie cost $200 million to make, according to Variety. 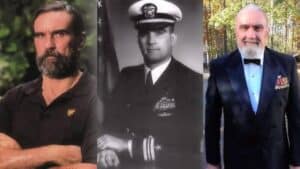