Implemented by the government of the Northern Territory, the lockdown requires all residents of certain communities to stay in their homes at all times. There are only exemptions granted for cases of medical treatment, emergencies, or if required by law.

No exemptions are granted for essential food shopping, work, or school.

“The Northern Territory has detected 11 new Covid infections as an outbreak in the Top End’s Indigenous community continues to grow,” reported The Daily Mail on Nov. 24.”It brings the cluster to 51 cases with five people from Binjari Aboriginal community and two residents from Robinson River testing positive.”

Members of the Sovereign Tribal Federation posted a video online asking for international attention and assistance for what they call a “war crime.”

“We are standing here united to make an international call for assistance,” says a federation member who identified himself as David. “We need international attention focused on what’s happening here in our communities.”

“We have the Northern Territory Government force vaccinating our people, pressuring them using military, using foreign military, foreign police officer, and local military and local police officers to pressure our people into taking this bioweapon,” he said. “They are not informing the people, they are lining them up, they are pressuring them. They are telling them they can’t eat in the shops. Telling them they can’t leave the community, they can’t go shopping elsewhere.”

He said that people who have left the community to get food or avoid the vaccination have been fined $5,000.

David claims that Australia uses the tribal population as “guinea pigs” to experiment with policies.

Other members of the federation said the government is spreading “misinformation” and asked young members of their community to use their social media platforms, including TikTok, to bring attention to this issue.

Approximately 72% of the Australian population has received the COVID-19 vaccine. The country reports an average of 7,994 new cases each week. Cases are on the rise in the Northern Territory, Australian Capital Territory and Tasmania. Cases have decreased in New South Walse, Queensland, and Victoria. 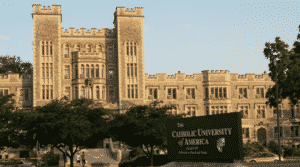