A ban on the import of full-body sex dolls has officially been lifted by the South Korean government.

While the items have never been illegal, Korea Customs Service has seized imported life-sized sex dolls since 2018.

The government’s actions prompted a national debate about the boundaries between federal authority and citizens’ private lives.

Customs Service initially cited laws prohibiting the importation of goods that were “seen as harming South Korea’s traditions and public morals,” per the BBC.

Sex doll importers asked the nation’s courts to intervene, arguing that the products did not “impinge on human dignity” and are used in private spaces. South Korea’s Supreme Court sided with the importers in January 2019, saying the dolls were comparable to pornography which is subject to some government oversight but is, ultimately, legal.

Approximately 250,000 people signed a petition to ban the practice of importing life-sized sex dolls in August 2019. The petition, filed with the South Korean presidential Blue House, argued that importing sex dolls could lead to an increase in sex crimes and to the objectification of women. The petition also objected to the customizable natures of many imported sex dolls, which could be made to resemble real people.

“Life-size dolls can cost from 1 million won ($840) to 20 million won ($16,750), depending on options and materials such as silicon skin, eye color and body heating systems to make them feel more like a human being,” reported Reuters.

A former executive of the sex doll import company Carenshare Co., Lee Sang-jin, said the Supreme Court’s decision was ”reasonable… though it came [a] bit late.”

“We thought our people’s rights to seek happiness and use [sex dolls] in their private lives have been restricted by the state,” said Lee per Australia’s ABC. “There are various types of people who use [sex dolls], including those who are sexually alienated or those who need them for artistic purposes.”

Lee’s company had filed a separate lawsuit against the South Korean government, seeking compensation for the seized sex dolls which allegedly became unusable after being withheld for two years.

While the court granted importers the right to collect the held sex dolls from customs, the South Korean government reportedly held on to over 1,000 of the dolls for the last four years.

Customs Services has said it will not release dolls that resemble celebrities and other real people. Sex dolls made to resemble children will also remain banned. 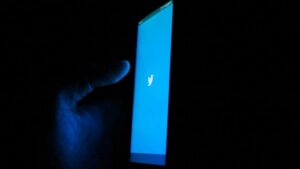