The fire that severely damaged the main chamber of South Africa’s Parliament reignited less than two days after it began.

On Jan. 2, a fire broke out at the building in the center of Cape Town at about 6 A.M. Firefighters worked to put out the blaze for more than five hours, calling for extra support after the initial crew of 35 arrived.

Parliament was closed for Christmas and New Year’s Day. No injuries were reported.

“This is a very sad day for democracy, for Parliament is the home of our democracy,” Minister of Public Works and Infrastructure Patricia de Lille told reporters at the scene. She confirmed that the chamber’s ceiling had collapsed in the initial blaze.

The firefighters then returned to the Parliament precinct after flames were observed on the roof of the building in the late afternoon.

A 51-year-old man was arrested at the scene. The police questioned him in connection with the fire. He is facing charges under the country’s National Key Points Act, which restricts access to government buildings and other places of national importance. Authorities have not released the man’s name but did tell the media he probably be charged with breaking and entering, arson, and theft.

Damage to the white and red brick buildings in the area was extensive. In addition to destroying the chamber of the National Assembly, two buildings that were constructed in the 1880s were also damaged by the fire.

Standing at the complex gates, lawmaker Natasha Mazzone said “We stand in front of a broken Parliament, a burnt down Parliament.”

“The National Assembly chamber is completely destroyed. I’ve seen it for myself,” she said to reporters. “Everything is destroyed. This will take an operation second to none to rebuild.”

“This is an incredibly sad day if you are a normal human being, to stand in front of this building and realize what we’ve lost,” Mazzone said.

The Parliamentary buildings were home to important, priceless national artifacts, including a manuscript where the composer first wrote some lyrics for South Africa’s national anthem. The status of those items has not been confirmed.

Cape Town is one of South Africa’s three capital cities, serving as the home to its legislature.  Government offices are located in Pretoria, the administrative capital, while the Supreme Court is located in Bloemfontein, the judicial capital. 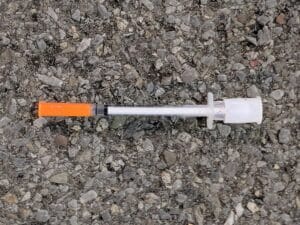