Syringe vending machines will be installed across New York City as an effort to help communities experiencing high rates of overdoses.

The public health vending machines (PHVM), stocked with sterile syringes as well as health supplies and Naloxone. Naloxone is administered to reverse an opioid overdose.

The machines are part of a proposal from the Fund for Public Health in New York. The nonprofit describes the machines as “an emerging strategy to support low-barrier access to naloxone, sterile syringes, and other harm reduction and wellness supplies.”

“As an established syringe distribution strategy in Europe, Canada, and Australia, PHVMs increase access to sterile injection equipment and reduce syringe reuse and sharing among networks of people who use drugs (PWUD),” the organization says on its website.

Beginning as a pilot program, the vending machines will be in 10 “strategic locations” across the city. As part of the same proposal from the FPHNYC, syringe distribution will be part of five of the machines.

In its December request, the Fund wrote, “Racial equity does not mean simply treating everyone equally, but rather, allocating resources and services in such a way that explicitly addresses barriers imposed by structural racism (i.e. policies and institutional practices that perpetuate racial inequity) and White privilege.”

“The initiative is projected to cost taxpayers $730,000, and the deadline for submitting PHVM proposals is Jan. 20, with additional funding set to be announced on Jan. 31,” reports The Hill.

City councilman David Carr, who represents Staten Island, said the proposal is “the height of absurdity.”

“We should be finding ways to take these people and put them into a rehabilitation program so they can overcome their addiction and we can try and save their lives,” said Carr in a statement to The New York Post. “This will lead to increasing crime in these areas and people will be found on the street having ODed. It’s going to be a terrible thing for the neighborhoods they’re in.”

More than 2,000 people died in New York City of unintentional overdoses in 2020, according to data from the city’s Department of Health and Mental Hygiene. Overdose death increase among Black, White, and Latino New Yorkers. Fentanyl was the most common opioid involved in opioid deaths. Heroin was the second most common culprit. 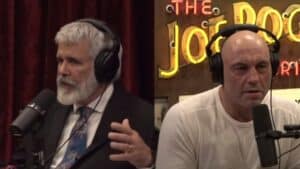