'They Think They Own Your Kids' Said School Choice Now Senior Fellow Corey A. DeAngelis

California House Representative Eric Swalwell said efforts to place parents in charge of their children’s education was “so stupid” on Wednesday.

Swalwell’s remark was in response to South Carolina Senator Tim Scott’s recent comment regarding the need for parents to have a larger role in their children’s education.

“We are putting parents back in charge of their kids’ education,” said Scott.

“As their mother, I am the expert of my kids,” said Hudson Institute senior fellow Rebeccah Heinrichs.

As their mother, I am the expert of my kids. https://t.co/SOoH4WhAI4

“This is technocratic elitism and Progressivism in summation,” said former Department of Defense intelligence analyst Jason Buttrill. “I WOULD say that his analogies are idiotic, but I’m sure people like this Communist spy banging POS actually think that patients and legal clients should actually have gov appointed doctors/lawyers.”

“They think they own your kids,” said Corey A. DeAngelis, a senior fellow at School Choice Now.

they think they own your kids. https://t.co/NrPfejO64w

“Parents choose the medical procedures their child will undergo, which doctors will perform it. Clients choose which lawyer will represent them, whether they will go to trial, etc,” said defense attorney Marina Medvin. “This example is a perfect one for why parents should choose schools, teachers, and even curriculum.”

Parents choose the medical procedures their child will undergo, which doctors will perform it. Clients choose which lawyer will represent them, whether they will go to trial, etc. This example is a perfect one for why parents should choose schools, teachers, and even curriculum. https://t.co/DOCqnMePSN

Swalwell has represented California’s 15th Congressional District since 2013 and has served on the Permanent Select Committee on Intelligence. The California representative was also a ranking member of the Subcommittee on the CIA from 2017 to 2019. Prior to serving in Congress, Swalwell was a member of the Dublin town council serving as the deputy district attorney in Alameda County, California.

The California representative came under intense scrutiny after his relationship with a Chinese Spy was exposed in a December 2020 Axios report. The spy, allegedly named Fang Fang, or Christine Fang, reportedly developed relationships with several key political figures, including former Fremont Mayor Bill Harrison. Fang reportedly gained access to rising political figures through campaign fundraising, networking, charisma, and romantic or sexual relationships. Swalwell’s 2014 reelection effort was aided by Fang, according to one Bay Area political operative and a current United States intelligence official who also stated Fang may have assisted in appointing one of Swalwell’s interns, the outlet reported

“Schools exist to educate children — not indoctrinate them. And a quality education requires input from those who know children best: their parents,” said Senator Scott introducing his Parental Rights Over the Education and Care of Their (PROTECT) Kids Act in September. The bill seeks to prevent schools from concealing information about student’s gender identity from their parents.

He added: “Sadly, radical and secretive gender policies have shut parents out of the conversation and broken their trust. My bill will safeguard parental rights, improve the crucial relationship between parents and schools, and ensure that children can learn in an environment free from activist ideology.” 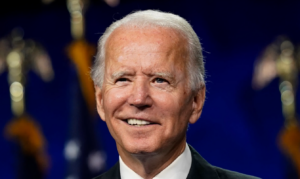