SNL Wasn't Exactly 'LIVE' on Saturday Due to Omicron Concerns

After four members of the Cast and Crew tested positive for COVID, the show made a big, last minute change

Early on Saturday, it was announced that Colin Jost and three others in the cast and crew had tested positive for COVID. The news sparked safety concerns for the live taping and the safety of the cast, crew and audience who might be present.

By midday, the network and the production crew drastically changed the usual operations for the show, utilizing a skeleton crew and pre-taped sketches instead.

The season finale, featuring Paul Rudd, was a significantly different show from one of NBC’s longest-running productions.

The show opened with Tom Hanks greeting a nearly empty studio since there was no live audience on Saturday.

“Tonight, everyone at ‘Saturday Night Live‘ planned to do our big Christmas show … but COVID came early this year,” Hanks said. “In the interest of safety, we do not have an audience. And we sent home our cast, most of our crew, but I came here from California,” he said. “And if you think I was going to fly 3,000 miles and not be on TV, well, you have another thing coming.”

Hanks was wearing a robe with the number “5” emblazoned on it to celebrate inducting Paul Rudd into “The Five-Timers Club” — an honor reserved for celebrities who have hosted the NBC show five times.

SNL has become the latest live performance venue to cancel its program due to Omicron concerns, following a number Broadway shows. 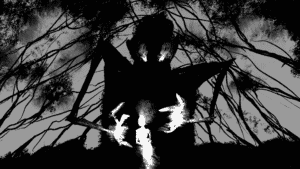