The lawmakers were widely slammed for not wearing masks, while urging the general public to continue doing so

The 55 lawmakers were widely slammed for posing for photos on the plane without masks since they continue urging the general public to wear them.

Over the weekend, five of the Democrats who had fled the state tested positive for the virus. State Rep. Rhetta Bowers confirmed the sixth case on Monday.

“It definitely is not stopping our work,” she said, according to a report from the Dallas News. “We’re just having to be a whole lot more careful.”

Bowers did not provide the name of the lawmaker.

The Dallas News reports that the group began wearing masks and adjusting their plans on Saturday after the first three members tested positive.

“We’ve been observing all CDC guidelines,” said state Rep. Rafael Anchia. “We’re grateful that 100% of us were vaccinated in advance…. This delta variant is no joke.”

The lawmakers had claimed that they were going to DC to press congress to pass legislation that would supersede the Texas bill. The sweeping election integrity bill would prevent local officials from sending unsolicited absentee ballot applications, require an ID or social security number to vote, and much more.

By leaving, the Democrats had prevented a vote as the Texas legislature requires a quorum of two-thirds of lawmakers be present.

The Texas Senate passed the bill on Tuesday evening, but it is currently stalled in the House due to lack of a quorum. The group will need to hold out until August 7, when the current special session ends, in order to block it.

According to Rep. Armando Walle of Houston, the Democrats will require $1.5 million to cover the cost of transportation, lodging, and food while fleeing to avoid doing their job. The Dallas News report says that while fundraising hasn’t hit that target yet, Beto O’Rourke and Willie Nelson have pitched in. 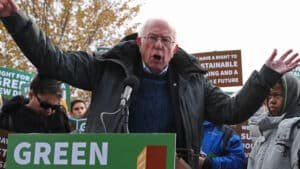