'Soldiers are not the property of the government,' Powell said

Sidney Powell filed a lawsuit against the Department of Defense on behalf of service members who do not want to get the COVID-19 vaccine.

The former campaign lawyer who worked for President Donald Trump will represent more than a dozen service members through her nonprofit group Defending the Republic, which is based in Dallas, Texas.

“Soldiers are not the property of the government,” Powell said in an email to Bloomberg. “We seek to protect their individual rights to decide what’s best for their own lives and health in the face of this dangerous, experimental, and unnecessary ‘vaccine.’”

Two judges have already recused themselves from the case. U.S. District Judge Kent Wetherell and his wife both own stock in Pfizer, which may become involved in the case.

The suit, which was filed Oct. 6 in Pensacola, Florida, argues that the vaccine mandate for service members is unnecessary because the military has “minimal hospitalization and mortality rates” from COVID-19.

“This lawsuit also challenges the FDA’s unlawful ‘approval’ of the Comirnaty Vaccine,” Defending the Republic said in a press release. “This approval violated the Administrative Procedure Act, contradicted the FDA’s own rules, was based on flawed and incomplete scientific studies, and was made despite unprecedented numbers of adverse events – including deaths – related to the vaccine. The FDA also acted in an arbitrary and capricious manner, in that it excluded certain groups from clinical trials, including those with previous COVID-19 infection and pregnant women.”

Pentagon spokesman Maj. Charlie Dietz said more military personnel died of COVID-19 in September than in all of 2020 and that each service member who died was unvaccinated.

Department of Defense leadership told the 2.1 million service members that they would be required to get the COVID-19 vaccine in August. There were few exemptions and those who refused could be punished or even be discharged from service.

Compliance has varied across military branches. The United States Navy and the United States Marine Corps both have until Nov. 28 to get vaccinated. About 90% of the Navy has done so while the USMC reports around 72% has been fully vaccinated.

CT Post reports that “the Army Guard and Reserve comprise approximately 522,000 soldiers, roughly a quarter of the entire U.S. military” and accounted for the majority of the military’s COVID-19 deaths. 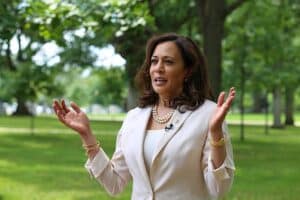