Sharon Osbourne says that she has no desire to return to television because cancel culture is too out of control.

Osbourne left The Talk earlier this year after being accused of racism.

In a preview for the Season 5 premiere of “Daily Mail TV,” Osbourne explained that being in the public eye is not safe with the current political climate.

“Right now, it’s not a safe place to be. Because the slightest thing, the slightest word and you’ve pissed off half the nation,” she says. “I don’t want to put myself up for that grief, I really don’t.”

Osbourne left The Talk after a tense exchange with co-host Sheryl Underwood who was calling her out for supporting Piers Morgan — and implying she was racist for doing so.

The former reality star claimed that she was “set up” to be attacked by the producers.

Morgan left Good Morning Britain during the backlash for him trashing Meghan Markle and Prince Harry’s interview with Oprah Winfrey.

After the episode aired, the show was placed on hiatus for an internal investigation into what happened.

“The events of the March 10 broadcast were upsetting to everyone involved, including the audience watching at home,” CBS’ statement said announcing that Osbourne was leaving The Talk.

“As part of our review, we concluded that Sharon’s behavior toward her co-hosts during the March 10 episode did not align with our values for a respectful workplace,” the statement continued. “We also did not find any evidence that CBS executives orchestrated the discussion or blindsided any of the hosts.”

Obsbourne’s daughter Kelly has also been outspoken against cancel culture.

“I didn’t know what was really going on in this country because I just thought that simply being not racist was enough,” Kelly Osbourne said during an interview with Extra. “It’s not, it’s actually not, you have to be actively not racist and educate yourself and learn, and don’t be afraid to make a mistake, everybody’s so afraid of cancel culture I say f— cancel culture, it’s all about counsel culture.”

She continued on to say, “educate people, teach people… a gentle nudge in the right direction is so much better than a public execution.” 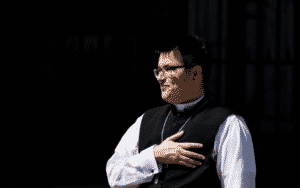