Seven Virginia school boards have filed a lawsuit against Governor Glenn Youngkin over his order that allows parents to decide if they want to send their children to school in masks.

The lawsuit is being led by Fairfax County Schools and is joined by the school boards from Alexandria City, Arlington County, the City of Richmond, Falls Church City, Hampton City and Prince William County.

Youngkin is named as the sole defendant, according to a report from The Hill.

The plaintiffs claim that Youngkin’s order violates the state constitution, which states that “the supervision of schools in each school division shall be vested in a school board.” They also claim that the order violates a law signed by the previous governor, Ralph Northam, which says that they must abide by federal health recommendations to the “maximum extent practicable.”

In a joint statement, the school boards said that the suit “centers on fundamental questions about the framework of public education in Virginia, as set out in the Virginia Constitution and by the General Assembly.”

“Without today’s action, school boards are placed in a legally untenable position — faced with an executive order that is in conflict with the constitution and state law. Today’s action is not politically motivated,” the boards added. They claim that the complaint “is not brought out of choice, but out of necessity.”

“With COVID-19 transmission rates high, our hospitals at crisis level, and the continued recommendation of health experts to retain universal mask wearing for the time being, this is simply not the time to remove this critical component of layered health and safety mitigation strategies,” the statement added.

“School divisions need to continue to preserve their authority to protect and serve all our students, including our most vulnerable, who need these mitigation measures perhaps more than anyone to be able to continue to access in-person instruction,” they continued.

Youngkin spokesperson Macaulay Porter told The Hill that the governor’s office is “disappointed that these school boards are acting counter to parent’s rights.”

“The governor and attorney general are in coordination and are committed to aggressively defending parents’ fundamental right to make decisions with regard to their child’s upbringing, education and care, as the legal process plays out,” Porter said.

The order making masks optional went into effect on Monday. 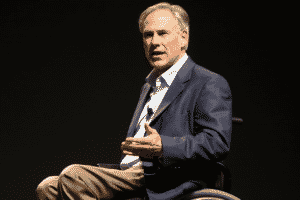