Serbian President Aleksandar Vučić is taking aim at social media censorship and says he “can’t wait” for Twitter to ban him.

President Vučić said that by banning him, they would “create another Trump in the world.”

“I can’t wait for them (Twitter) to close my account so I become another Trump in the world,” Vučić told the Associated Press.

Former President Donald Trump was permanently banned by the platform “due to the risk of further incitement of violence” following the January 6 riot at the Capitol.

Vučić’s outrage was prompted by Twitter labeling several media outlets under his control as “state-affiliated.”

The AP report explains that Twitter has defined state-affiliated media as “outlets where the state exercises control over editorial content through financial resources, direct or indirect political pressures, and/or control over production and distribution.”

The Serbian president added that the label is simply censorship. He also congratulated all media outlets and figures who have been branded with the label, saying that they are “spreading the freedom-loving ideas.”

It isn’t just Serbians who are being labeled, Twitter has also put the warning on outlets associated with the U.S., China, France, Russia, Germany, Italy, Japan, Saudi Arabia, Spain, Turkey and the United Arab Emirates.

The Hill reports that “the social media giant said that the accounts in these countries were either given the distinction because they are ‘government accounts heavily engaged in geopolitics and diplomacy,’ ‘state-affiliated media entities’ or ‘individuals, such as editors or high-profile journalists, associated with state-affiliated media entities.’” 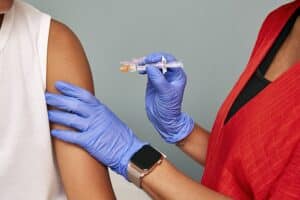