In a bid to pass an immigration bill that will find support among both major political parties and both chambers of congress, Senators Kyrsten Sinema (D-Ariz.) and Thom Tillis (R-N.C.) have reached an agreement on a draft framework of an immigration reform plan.

First reported by Washington Post columnist Greg Sargent, a white paper is circling Capitol Hill for a bipartisan immigration bill, involving compromises from both Republicans and Democrats, that would include the following:

Sargent consulted with several people on the Hill who say the idea behind the compromise is giving Democrats protection for Dreamers and increasing due process rights for migrants, while giving Republicans expedited removal from the country of illegitimate asylum seekers, a restriction on applications for a year, and more border security.

“If 10 GOP senators could support this, they’d be drawn from those who are retiring (Sens. Roy Blunt of Missouri and Patrick J. Toomey of Pennsylvania) or those willing to challenge the Trump wing of the party (Sens. Mitt Romney of Utah and Lisa Murkowski of Alaska),” Sargent writes.

So far, the two senators have not yet drawn enough support to overcome a filibuster, but they are hoping to gain that support by the end of the year, unnamed sources told the Post.

“The devil is in the details,” Robyn Barnard, a lawyer for Human Rights First, told Sargent. “We believe Congress should protect dreamers,” she said, but added that it’s “unconscionable” to “trade the lives of one immigrant group for another.”

A cadre of congressional officials are pushing to secure immigration deals before Republicans take control of the U.S. House of Representatives in January, making the possibility of compromise more difficult, staffers say.

Two other Senators — Michael F. Bennet (D-Colo.) and Mike Crapo (R-Idaho) are negotiating a bill more limited in scope based on a bill that passed the House, which provided a pathway to citizenship for some noncitizen migrant farm workers. 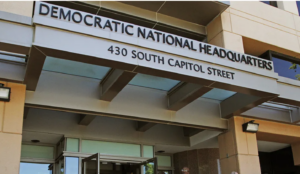