Titled the Protecting Pain-Capable Unborn Children from Late-Term Abortions Act, the bill would permit abortion to save the life of the mother or if the pregnancy was conceived through rape or incest.

The Republicans introduced the bill to the senate on Sept. 13 with the support of anti-abortion advocates.

“Abortion is not banned in America. It’s left up to the elected officials in America to define the issue,” Graham told reporters, per CBS News. “States have the ability to do it at the state level, and we have the ability in Washington to speak on this issue if we choose. I have chosen to speak. I have chosen to craft legislation that I think is eminently reasonable in the eyes of the world and I hope the American people.”

He added that scientific research indicates a baby is capable of feeling pain at 15 weeks gestation.

According to the American College of Pediatricians, medical experts did not believe babies could feel pain because “concern over whether pain can be perceived by a person who does not yet have a mature, conscious awareness, has obscured actual evidence that an immature person’s physiology is changed by pain.”

Subsequently, medical researchers found that “24 weeks gestation was the earliest fetal pain was thought possible due to the timing of connections forming between the thalamus (which receives information from peripheral pain receptors via the spinal cord), and the cerebral cortex. However, there is now evidence that pain does not require the cortex, subcortical structures are sufficient.”

The ACPeds say some laboratory and clinical data indicate babies in the uterus can feel pain as early as 12 weeks.

Graham previously commended the Supreme Court for its June 24 decision to overturn federal abortion protections established as part of Roe v. Wade in 1973. He said the ruling, part of the court’s decision in Dobbs v. Jackson Women’s Health, was a “long overdue constitutional correction allowing the officials in the states to decide issues of life.”

In January of 2021, Graham proposed a national ban on abortion at 20 weeks, per Newsweek.

The Biden administration denounced Graham’s proposed bill as “wildly out of step with what Americans believe.”

“The President and Vice President are fighting for progress, while Republicans are fighting to take us back,” said White House Press Secretary Karien Jean-Pierre. “President Biden and Congressional Democrats are committed to restoring the protections of Roe v. Wade in the face of continued radical steps by elected Republicans to put personal health care decisions in the hands of politicians instead of women and their doctors, threatening women’s health and lives.”

The statement did not address Graham’s comparison to European policies or claims regarding fetal pain. 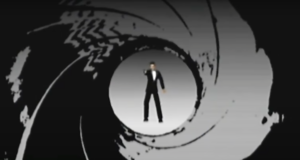