Fifteen Republicans voted to pass the Safer Communities Act, which includes extra funding for states that enact red flag laws, enhance background checks for gun buyers under 21-years-old, and close a loophole that allowed domestic abusers to still have access to guns if they were unmarried and have no children.

The bill is being celebrated as bipartisan as it was put together by Democrat Sen. Chris Murphy and Republican Sen. John Cornyn.

#BREAKING The Gun Control Bill Has Passed The Senate 65-33

Here Are The 15 Republicans Who Voted For It:

Lawmakers pushed the gun control package as a response to the recent mass shootings at an Robb Elementary School in Uvalde, Texas, and at a grocery store in Buffalo, New York.

“Tonight, the United States Senate is doing something many believed was impossible even a few weeks ago: we are passing the first significant gun safety bill in nearly 30 years,” Senate Majority Leader Chuck Schumer said in a statement. “The gun safety bill we are passing tonight can be described with three adjectives: bipartisan, commonsense, lifesaving.”

On Tuesday, following the vote to advance the bill, the National Rifle Association said in a statement that it will create “unnecessary burdens on the exercise of Second Amendment freedom by law-abiding gun owners.”

“The NRA will support legislation that improves school security, promotes mental health services, and helps reduce violent crime. However, we will oppose this gun control legislation because it falls short at every level. It does little to truly address violent crime while opening the door to unnecessary burdens on the exercise of Second Amendment freedom by law-abiding gun owners,” the NRA said.

The House will now vote on the package. If it passes, it will land on the desk of President Joe Biden — who appears to be eager to sign it into law.

“This bipartisan legislation will help protect Americans. Kids in schools and communities will be safer because of it,” President Biden said in a statement following the vote. “The House of Representatives should promptly vote on this bipartisan bill and send it to my desk.” 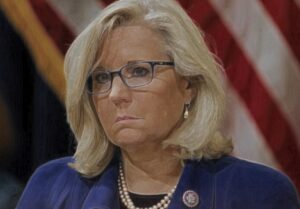 Rep. Liz Cheney Sent Democrats Instructions on How to Switch Parties and Vote For Her in Wyoming Primary