Rep. Liz Cheney Sent Democrats Instructions on How to Switch Parties and Vote For Her in Wyoming Primary

Rep. Liz Cheney has sent Democrat voters in Wyoming instructions on how to change parties and vote for her in the Republican primary.

Support for Cheney has plummeted among Republicans after her vote to impeach former President Donald Trump and her role in the House Committee Investigating January 6.

According to a report from the New York Times, the Cheney campaign mailed the instructional materials to registered Democrat voters, as Wyoming residents can only vote in the primary for their own political party.

The instructions are also posted on Cheney’s campaign website.

“To change your party affiliation or to declare a new affiliation, complete the Wyoming Voter Registration Application & Change Form and submit it to your county clerk’s office not later than 14 days before the primary election. You may also change your party affiliation at your polling place on the day of the primary or general election, or when requesting an absentee ballot,” the site explains.

Trump has endorsed Cheney’s opponent, Cheyenne-based attorney and former Republican National Committeewoman Harriet Hageman, who has a considerable lead in the polls.

A poll conducted by the Club for Growth PAC from May 24-25, 2022, found Hageman to be leading Cheney by 30 points among likely Wyoming Republican primary voters.

Trump rallied for Hageman in Casper, Wyoming in May.

“The Cheneys are diehard globalists and warmongers who have been plunging us into new conflicts for decades, spilling American blood and spending American treasure all over the world,” Trump asserted during his speech.

“That’s why Liz Cheney voted no on bringing our troops back home from Syria, where they didn’t even want to have us,” he continued. “Cheney is at the front of the parade trying to get us to go into wars with Russia or anyone else that wants to bite.”

During the rally, Trump also displayed a meme of Cheney with the face of former President George W. Bush.

President Trump shows my meme of Bush/Cheney: “I think she looks good. She looks nice.” 😂😂 pic.twitter.com/0olxur1h5K

“She’s the face of the Washington swamp and the same failed foreign policy of the Clintons, Bushes, the Obamas, the Bidens and the entire sick political establishment,” Trump said.

The Wyoming GOP voted to no longer recognize Cheney as a Republican in 2021 over her fierce opposition to Trump. On a national level, House Republicans removed her from her role as conference chair.

“Liz is proud to represent all Wyomingites and is working hard to earn every vote,” Jeremy Adler, a campaign spokesperson, told Insider on Thursday.

The Wyoming Republican primary will take place on August 16. 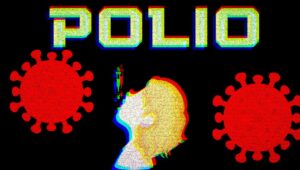