Senate May Vote on Gun Control Before the Weekend

Speaker Nancy Pelosi said that she expects the Senate to vote on the gun control package and send it to the House for a vote before the weekend.

Speaking to reporters on Wednesday, Pelosi said, “I anticipate that they will get it done.”

In a procedural vote on June 21, fourteen Republicans voted in favor of advancing the legislation. Democrats only need 10 to break through the 60 vote threshold to avoid a filibuster.

Senate is scheduled to take a two week vacation for the Fourth of July beginning on Friday.

According to a report from The Hill, “some other Democrats said they’ve been advised that the bill will come over from the Senate on Thursday or Friday — ‘or maybe Friday or Saturday,’ said Rep. Joyce Beatty (D-Ohio). If the timeline does slip into the weekend, ‘I hope we’d stick around,’ Beatty added.”

“I believe that this week we will pass legislation that will become the most significant piece of anti-gun-violence legislation Congress will have passed in 30 years,” Sen. Chris Murphy, the Democrat lead negotiator on the legislation, said in a statement.

If the package is passed through Senate without a filibuster, it will be sent to the House for a vote, and if passed — sent to President Joe Biden’s desk for a signature.

Opponents of the bill have called the incentives for states to implement red flag laws “bribe money.”

Rep. Matt Gaetz said during an interview with Breitbart News on Saturday, June 18 that the deal rests on using “federal money to bribe states to enact red flag laws.”

“Literally using the federal government to bribe the states to deprive citizens of their Second Amendment rights,” Rep. Gaetz continued.

Biden is expected to sign the legislation if it passes through the House. 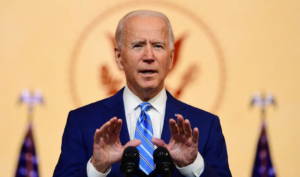