President Joe Biden announced his intention to ask Congress to enact a federal gas tax holiday for the next three months.

The announcement comes after weeks of rising gas prices that have sparked serious concern and discontentment among American motorists. The Biden administration blamed the increase in gas prices largely on Russian President Vladimir Putin and his nation’s invasion of Ukraine.

“President Biden understands that high gas prices pose a significant challenge for working families,” the White House said in a statement on June 22. “Today, he is calling on Congress and states to take additional legislative action to provide direct relief to American consumers who have been hit with Putin’s Price Hike.”

“With gas prices near $5 a gallon on average across the country, President Biden is calling on Congress to suspend the gas tax for three months – until the end of September – to give Americans a little extra breathing room as they deal with the effects of Putin’s war in Ukraine,” the administration added.

Biden has also asked states to enact their own gas tax holidays to provide American with more direct relief.

“The President believes that at this unique moment when the war in Ukraine is imposing costs on American families, Congress should do what it can to provide working families breathing room,” the Biden administration added.

Experts attribute the $2 per gallon increase in gas to the high cost of oil, reduced refining capacity, and issues with global distribution.

“Every $10 increase in the cost of a barrel of crude adds almost 25 cents to the price of a gallon of gas,” reports CNET.

Adding to the increased cost of gas is a shortage of refineries to process crude oil. In addition to struggling with staffing shortages caused by the coronavirus shutdowns, some refineries have been damaged by extreme weather.

“Many refineries are on the Gulf Coast and can be flooded or otherwise damaged during hurricane season and forced offline, which can cause prices to spike,” notes NBC News. “Hurricane season begins in June and runs through November.”

Additionally, many Western countries have stopped importing Russian oil — further restricting the distribution of oil across the world.

When a federal gas tax holiday was proposed earlier this year, both House Speaker Nancy Pelosi and Senate Minority Leader Mitch McConnell voiced their skepticism. Neither believed the holiday would provide substantial relief for consumers, per Yahoo Finance.

President Biden is scheduled to deliver an address on the proposed gas tax holiday at 2:00 P.M. EST on June 22. 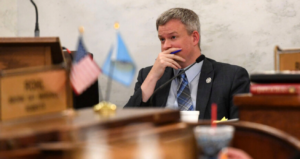